How tall is the participating Comedy Woman

"Comedy Woman" is a popular comic show on channel TNT. A part of the show 10 regular participants. Each of them has its on-screen image. Very different in appearance girls unite undoubted acting talent and sense of humor. 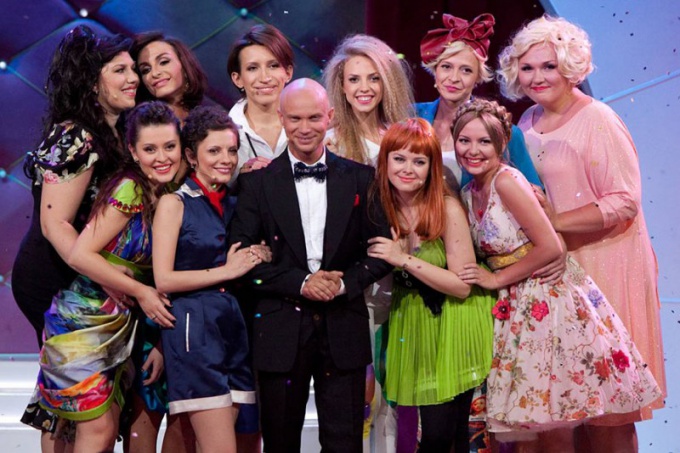 Related articles:
Instruction
1
The tallest contestant – Catherine Barnabas, her height is 181 cm most Often it appears in the image of the capital's glamorous ladies. It was Catherine get outfits with the narrow corsets, the short skirts and the plunging neckline. With the responsibilities of the actress Barnabas successfully combines the post of choreographer "Comedy Woman".
2
If participating in "Comedy Woman" built for growth like in gym class, next to Catherine Vernooy would stand Sibagatullin Polina and Ekaterina Skulkina. The rise of these two Actresses in the same - 174 cm the weight of the dress barely reaches 50 kg, while the weight of Catherine, until recently, handled around 90 kg. However, in the summer of 2014 Skulkin have posted their new photos in a very short skirt. Judging by the pictures she was able to lose weight more than 20 kg.
3
Sysoeva Nadezhda or just Nadya, grown to 170 cm. Her image in the show – beautiful blonde, not sparkling intellect. In the life of Nadia a more versatile person than her on-screen characters. She designs clothes and develops DJing. Same height and Natalya Medvedev, which accrue to the role of the most crazy and extravagant characters.
4
The growth of the main vocalists show Hope Angarsk 168 cm Vociferous native of Yakutia has agreed to become a member of "Comedy Woman" only after the second personal invitation Andreevny. Hope was very afraid of moving to Moscow. But now feels like a capital resident, she lost 35 kg and met his love.
5
Just below Redwood Tatiana Morozova, her height is 167 cm Tatiana played in the Highest League of KVN team "Persons of the Ural Nationality". Her characters are often silly, naive and sincere in his emotions. This height is 167 cm and Marina Fedunkiv. Marina is the brand new member of the show. It became popular after the role of mother of nick in the TV series "Real boys."
6
Maria Kravchenko – one of the smallest participating in the show, her height is 153 cm Initially played the role of specific girls living concepts. Now the range of her roles have greatly expanded. Maria loves shopping. Her fetish shoes, can not imagine my life without stilettos.
7
The low of the participants – the author of idea and the producer of the show Natalia Andreevna, Aprikian. She humorously refers to its low growth and a fragile figure. "The elite one and a half meters" - so jokingly calls herself Natalya. Her height is 152 cm
Is the advice useful?
Присоединяйтесь к нам
New advices