When to sow winter rye

Sowing area of winter rye as a component of a crop rotation was used by the peasants in Russia. Winter rye was always included in the crops that the land rested, healthier and was ready for new crops. 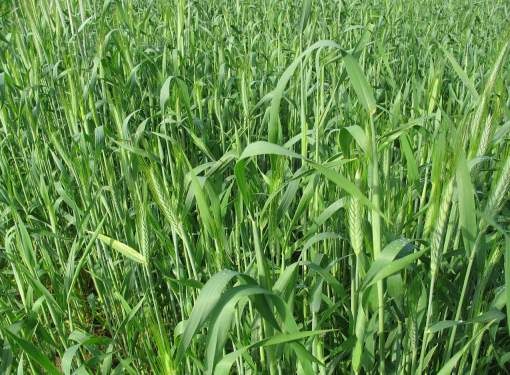 Rye is, without exaggeration, can be called a servant of the soil. This culture cleans the land of weeds, harmful microorganisms and imbues it with nutrients. The fertility of the soil after sowing winter rye is significantly increased. It is a real green fertilizer which is much better and more effective than any chemicals. To rye as a green manure produced the greatest effect, to sow her you need time, because, after the rye grows up, it is necessary to do a number of operations.

Typically, winter rye is sown from mid-August. If the harvest of previous crops on the site dedicated to ozdorovleniyu, not yet removed, allowed to sow rye in early September, but in any case, not later. This culture is growing fast and she needs time to before the arrival of frost rockustics. The North district, the earlier you need to sow rye. Before the start of the frost sustainable culture must grow with a minimum height of 20 centimeters. If you sow rye late and she will not have time to rockustics, to spend the winter she will go weak, and use the spring from it will not. So as soon as a place becomes free from the previous culture, it is urgent to begin planting.

The garden where the harvest and collected the remains of the tops, you need to carefully paraglide, level and scatter seeds evenly along it. Small areas to sow the culture series, although in the fields of rye sown in this way in 20 centimeters. When sowing a continuous variation you will have fewer weeds than when sowing in rows.

Crops need to saborenite rake so that the seeds are covered with a five-centimetric layer of loose soil. Crops it is recommended to cover from birds. In ten days the film can be removed. The norm of seeds per hundred square meters - about two kilograms.

Spring rye, rested under the snow, begins to actively recruit green mass. But not only what grows on the surface, this valuable green manure. Underground rye has a lot of roots that are out of the depth of the soil of the connection of nutrients. All of these compounds contained in green and weight. It can only mow in the spring and buried in the soil. One m2 should be about 3 kg of green mass. This is the equivalent of the average rate of manure that need to be made to improve soil fertility.

To mow and dig in the winter rye in the spring have two weeks before sowing of seeds of major crops as the green manure needs time to partially decompose, and the soil – to partially settle. Buried beveled rye deep, 5 inches. If the weather is without rain, then the bed must be watered so that the process of decomposition of green mass went faster.
Is the advice useful?
See also
Присоединяйтесь к нам
New advices