How to choose a face cream after 45 years

Currently showcases the beauty supply stores just bursting with a variety of tubes and jars that promise to slow the aging process. These help tools should have every woman. But their choice should be approached wisely. 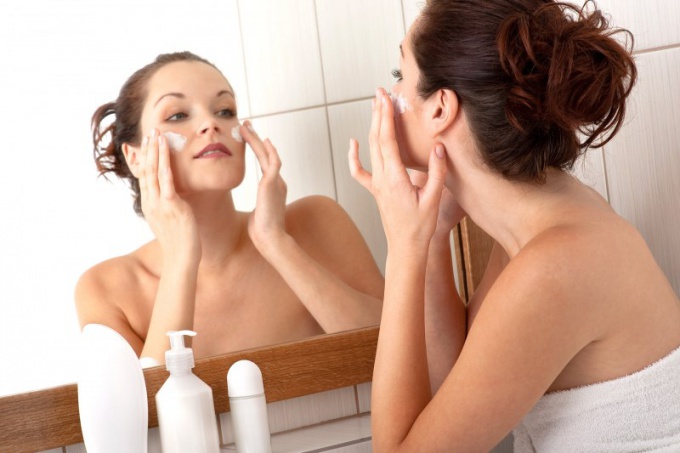 Related articles:
You will need
Instruction
1
At this age, problems that appeared for the first time in 30 years, begin to significantly worsen. In middle-age experts suggest to have the usual tools to add serums and creams that give the effect of Botox. It helps to relax the muscles of the face, because their excessive skin tone and leads to the formation of wrinkles. Typically, these drugs should be applied all over the face, and in a particular region, for example, on the forehead, nose, nasolabial folds. In these places most often wrinkles. But this attack as "crow's feet" these creams can not be cured.
2
You should also apply creams that have this ingredient as the Hexapeptide. On the package in part, it may be specified as adenosis or as Argireline. This substance, which is obtained from a peptide that blocks any neuromuscular contractions. The result is smooth wrinkles, though not all. Such remedies stimulate the body's production of elastin and collagen that also contribute to skin renewal. Since the application of these creams the result will be visible only after four to five weeks. The effect persists up to four months, which is significantly less than Botox injections. But the face of the cream will look a lot more natural.
3
It must be remembered that these drugs that are muscle relaxants, in any case can not interfere with other cosmetics. In addition, these funds cannot be used during pregnancy and lactation. It is not desirable to use them also to 25 years and for an extended period of time.
4
Another problem of such women's age is the gravity. Under the influence of this factor the skin, which gradually loses its tone and begins to slide down. As a result, even thin women begin to suffer unpleasant Bryl, and the face oval loses its previous form and clarity. To help cope with such adverse events creams with a strong lifting effect. They often contain in their composition vitamins a and C, as well as extract biloba.
5
To preserve the freshness on the threshold of the fiftieth anniversary will be able to help cosmetics experts. If they fail, then come to the aid of the specialists of plastic surgery. In cosmetics in addition to germ cell proliferation in the present time also received stem cells that have similar properties. Drugs that are composed of these substances, you can begin to use in 30 years.
Is the advice useful?
Присоединяйтесь к нам
New advices