How to change the snowmobile Buran

"Buran"is a common model of snowmobile. It is, in fact, a small tractor, the possibility of rework which is very limited. So, if you want to race and have fun-to-drive, better to replace it with a modern model. For those who want to use your snowmobile to travel in the snow with the load, it makes sense to do some useful things. 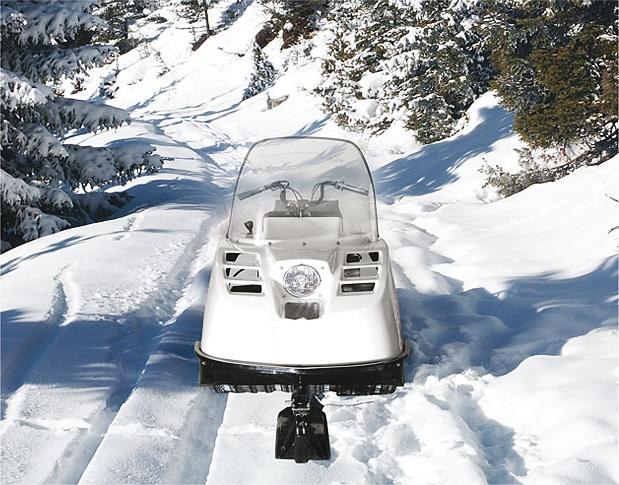 Related articles:
Instruction
1
Change touch point, increase the maximum speed, optimize fuel consumption.
2
Optimize the performance of a centrifugal regulator. Install the node from the "Taiga" (in the collection). To replace make the cone adapter (the internal part of the "Buran", and the cone – Tayga). This will allow most exactly to agree on the characteristics of the motor and operating conditions.
3
Increase engine power, using the purge channels in the crankcase. Carter, who produced is universal, it will fit older 2-channel cylinders. The use of modern cylinders with 4-way venting is inefficient. Remove all bumps and burrs that remain after the milling of the channels. Polish channels, and the motor will give out 36 HP, he laid. In order to increase capacity, increase compression ratio. Install carburetor "Mikuni", diameter of the diffuser which is 38-40 mm., Go to the AI-92 gasoline.
4
Break up with the standard muffler intake: you have a little more power of the motor. Take the air filter out of the grid with a small cell and attach it to the carb with a clamp.
5
Install launcher nozzle, which is equipped with the new "storms" (from "Taiga"). It is not necessary to install carburetor "Mikuni" on the intake pipe, secure fitting, and a tube guide to fitting. Given the temperature, it is possible to dose the starting dose of fuel very accurately. This will allow to get rid of the smell of gasoline spilling outside, and will save up to a litre of fuel with every purchase.
6
Reduce noise from engine operation, the paste over the engine compartment sound insulation material inside.
7
Install rollers in the closed 205-e bearings (conventional bearing of all the grease washed out for the season) is the only thing you can change in the undercarriage.
Is the advice useful?
See also
Присоединяйтесь к нам
New advices