"Nise" is quite a strong pill that is often prescribed in diseases of the musculoskeletal system. However, using them should be careful, because when misused they can bring health benefits, and harm. 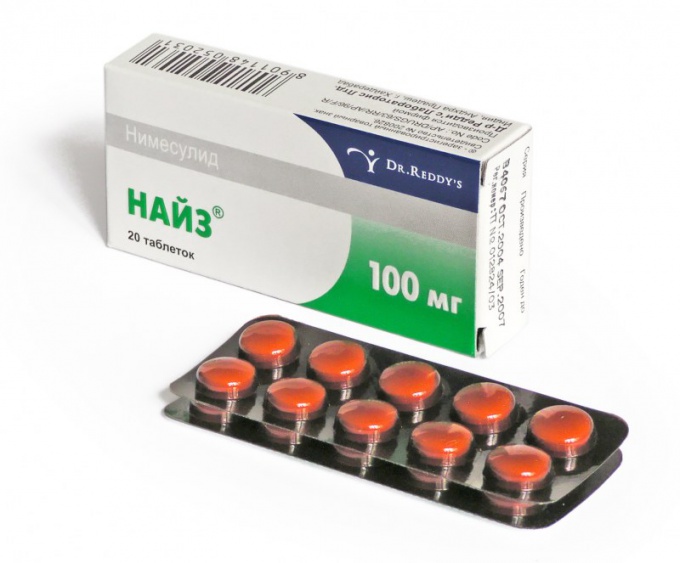 Related articles:
The drug under the commercial name "Nise" is available in several basic dosage forms: in the form of granules, suspensions and tablets. Each of the dosage forms has its advantages and is assigned to the case, if it is capable to exert a better therapeutic effect if the symptoms.

The drug is "Nise" is used in the complex therapy of patients suffering from diseases of musculoskeletal system such as rheumatism, neuralgia, post-traumatic complications of this system of the human body and the like. However, it should be borne in mind that the actual effects of the drug focused not so much on treating the cause of disease, and elimination of unpleasant symptoms, such as pain and inflammation at the site of injury. Therefore, doctors often prescribe "Nise" simultaneously with the reception of other preparations, which influence on the cause of the disease.

The possible consequences of taking "Nise"

Because the drug is quite potent tool, its reception, especially in the case of exceeding the dosage recommended by the doctor may entail some side effects. For possible negative consequences of receiving "the best medicine" includes a group of symptoms from various systems of the human body. So, the gastro-intestinal tract the drug may cause nausea, vomiting, diarrhea, heartburn and even the appearance of ulcers on the mucous membranes.

From the circulatory system, you may experience symptoms related to changes in the blood. So, the drug can result in a reduction in the number of platelets, white blood cells or granulocytes and a decrease in the level of hemoglobin in the blood. The use of this medication can cause disruption of the normal blood clotting that leads to an increase in bleeding time in violation of the integrity of the skin. In addition, the "Nise" can be the cause of blood appearing in the urine of the patient.

Finally, this medication can cause a number of nonspecific symptoms that reflect its overall negative impact on the body in a particular case. For example, the patient may feel headache, dizziness, to be exposed to the appearance of swelling or allergic reactions. In all these cases, as well as with the appearance of other unpleasant symptoms after taking the drug, you should immediately consult a doctor to identify the true cause of their occurrence and, if necessary, cancel the drug.
Is the advice useful?
See also
Присоединяйтесь к нам
New advices