Rotated 90° eight-ball was first used to denote infinity by the English mathematician John Wallace in the treatise, published in 1655. This sign you won't find on the keyboard, but in the code table of characters used by the computer it provides. So there are ways to insert this sign in most text and hypertext documents. 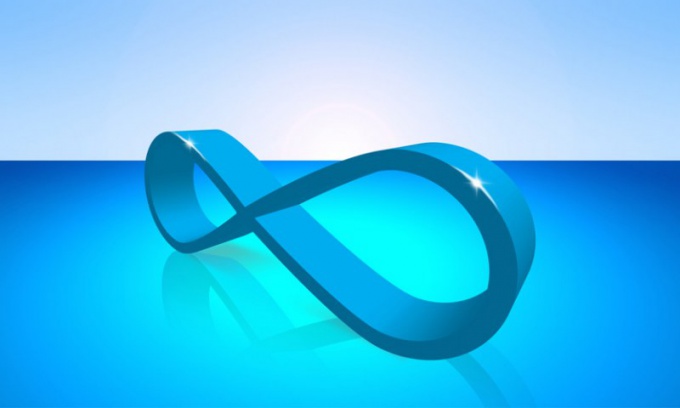 Related articles:
Instruction
1
Do not attempt to insert the infinity symbol in text documents stored in files with a. txt extension. Alas, the format of these documents is designed to work only with the first 128 characters of the code tables used by the computer, and the infinity symbol placed much further.
2
Use code 8734 to insert this symbol into text documents that can display the characters included in the Unicode table. Set the input cursor to that position in the text where there should be an infinity sign, and press Alt. Holding this key, enter on the numeric (optional) the keyboard code, then release Alt, and the infinity sign will appear in the text.
3
In a word processor Microsoft Office Word is also given in the previous step, the decimal code of the infinity symbol, you can use its hex equivalent 221E (E - English letter). Type it in the text, and then press Alt and X - word-processor will replace the four characters one sign of infinity.
4
To keep in memory the decimal or hexadecimal codes is not very convenient, so in Microsoft Word it is better to use placed in the "Insert" drop - down list of symbols- look for it in the rightmost group of teams. The list includes twenty of the last characters from the recently used, so the first time you have to use the full version of the symbol table. Open it by selecting the drop-down list in the line "Other characters". In the "Set" set "mathematical operators", click the infinity symbol in the symbol table, and then click "Paste".
5
In hypertext documents with Unicode encoding use to display non-standard characters-character entities of HTML 4. To output to the page of the infinity sign in the source code, place the character set &infin;. You can also use the hexadecimal code for this sign - the charset &#8734; displays the hypertext on the page the same sign of infinity.
Is the advice useful?
See also
Подписывайтесь на наш канал