How to close mouth gossiper

To hear stories about themselves from strangers is always unpleasant. Gossip and gossip has always existed and will exist. Motives of their actions and of the reasons why alien life is becoming more interesting to your, you can reveal a lot. But better to just get the gossiper to shut up when he starts to "wash someone's bones." After all, if he speaks about someone behind his back, most likely, he's doing it behind your back too. 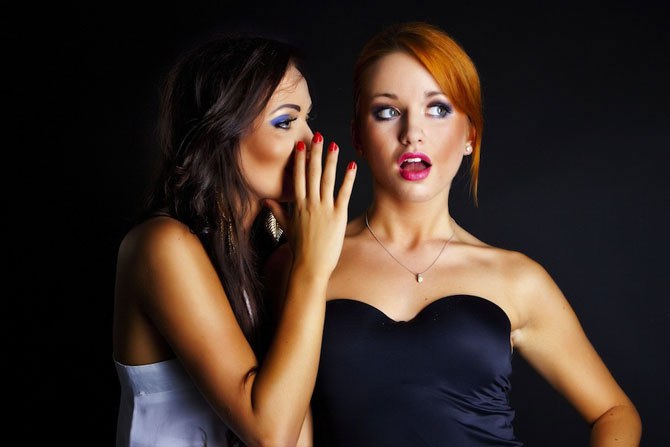 To give a solid response

The best solution to the problem is to put gossip into place, firmly marking out its position. If you became the witness of how someone began to discuss someone's life without the presence of discussed, you can soft or rough form to make it clear that gossip is a manifestation of human weakness. Most often, the gossips are the fact that in an open confrontation with them, no one enters, and it can be used. They object to nothing, because gossiping is really unworthy of self-respecting man.

You can use neutral phrases: "I don't want to talk about it", "I'm not interested", etc. you Can go stiffer if gossips don't understand the first time: "what do you have most of Masha/Petit/Claudia Ivanovna did not ask?", "Only behind my back to scratch much", etc.

If this happens in the workplace is likely this will have to face very often, so his position should be immediately and very clearly. Otherwise be drawn into a discussion of someone else's life will you.

To ignore what is happening

Another option how to deal with the problem of gossip, it is considered neglect. You can not pay attention to rumors, ostentatiously get up and leave when someone gets an unpleasant conversation, to include headphones and doesn't notice themselves or gossip, nor their violent activities. Someone knows how to do this tactfully without hurting the feelings of others, others think that, on the contrary, it is necessary to strongly emphasize the unacceptable behavior of gossip.

If the situation occurs at work, the best way of ignoring will work. No need to go and drink coffee with those who be sure to start a conversation about someone else or to inquire something from you. Better to do something to catch it in time and show that the work, first of all, you need to work. The one who really works, absolutely no time to chat with the gossip and focus on someone else's life.

To change the subject

A popular technique which can resist the spread of gossip, is considered a change of subject. So, hardly someone will begin its popular "A present...?", you can say: "Yes, it's still that, but about johnny Depp in the paper it says...". This, of course, will not stop the conversation, but it's better to let fans of the "wash up bones" discuss hardly familiar with them johnny Depp, what new Secretary of the boss or a sick employee.

In the office you can easily switch attention splenocolic at work. To translate the theme here is pretty easy too: "by the Way, guys, and report accurately last checked?" or "What happened to the holidays decided?". The options can be many, but, of course, gossip can not understand that so have you tried to quit their unpleasant conversation.
Is the advice useful?
See also
Подписывайтесь на наш канал