The heart is a unique organ consisting of a large number of muscle fibers that work as a single mechanism. But at a certain stage of the teamwork of these muscles is disrupted and the heart stops. Why is this happening? 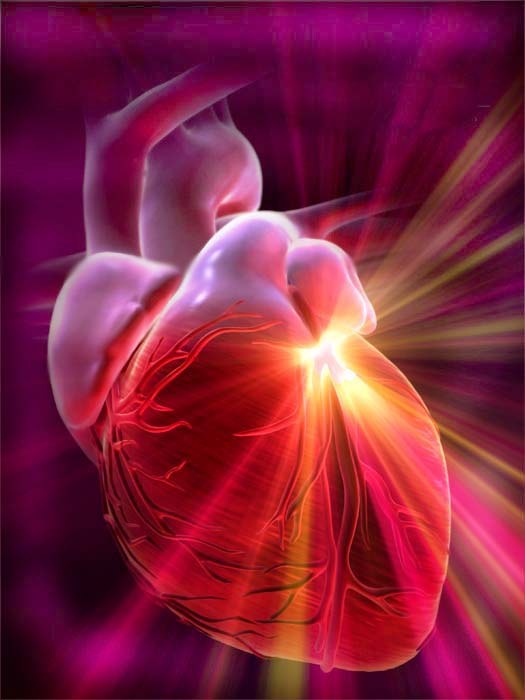 Related articles:
The absence of contractions of the cardiac muscle may occur when insufficient blood circulation. Primary lack of heart rate appears suddenly, then, as a secondary lack of develops on the background of contractions of the ventricles of the heart. After the primary causes of heart muscle remain reserves to allow successful resuscitation. Causes of cardiac arrest may be cardiac and noncardiac. Cardiac causes include primary myocardial damage, which reduce its ability to contract. There may also be compromising the function of automatism and conductivity of the myocardium. Such violations occur in ischemic heart disease, myocardial infarction, angina, coronary spasm, arrhythmias of various types, electrolyte imbalance, damage of heart valves infection of the heart muscle, congestive heart failure, blood clot artery lung and heart pathology of the aorta. In order to avoid heart failure people diagnosed with try to avoid stress, lead a healthy lifestyle, diet and limit heavy physical exertion.Noncardiac causes of heart failure arise from insufficient blood circulation, which is disrupted by hypoxia. In this case, heart failure can occur from an overdose of drugs cardiac (glycosides), acute respiratory failure, from received electric shock from contact with fluid in the lungs, from mechanical damage to the heart or shock. The indirect cause of heart failure is Smoking and excessive alcohol consumption. Nicotine and alcohol cause a spasm of blood vessels, which leads to a lack of oxygen in the blood (hypoxia). Smokers die from heart disease in 25% of all deaths, are often ill with angina, myocardial infarction. The same disease persecute people who suffer from alcohol dependence.
Is the advice useful?
See also
Подписывайтесь на наш канал