Why are bell peppers so called

When I hear "pepper", the first thing you'd think he hails from Bulgaria. But it's not so simple. In fact, only in Russia sweet peppers called Bulgarian. And this is due to a long history of travel of the product around the world. 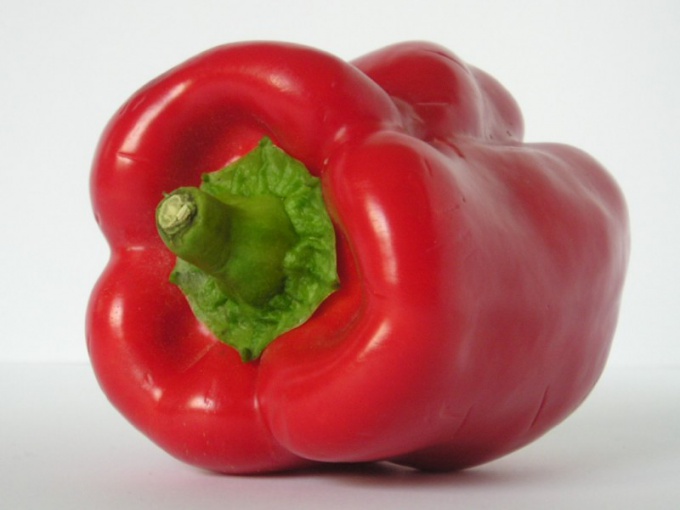 Paprika, or sweet pepper is the fruit of an annual vegetable plant of the family Solanaceae. Although in Russia it is called "Bulgarian", his birthplace is considered to be Central America. Wild peppers are still growing in Mexico, Colombia and other countries in the region. This nigoki pepper has come a long way to get to our country. In the late 15th century the Spaniards first brought it into Europe, through Portugal then pepper was in Turkey, and some centuries later, sweet peppers and got to Bulgaria.

In Europe it was used more as a hammer as a seasoning. It's almost never used. The first who started to grow this plant for food, were the Spaniards. But the Bulgarian breeders have selected sweet varieties with large fruits. Paprika much diversified tastes of European cuisine, while condiments and spices were exported mainly from India and cost a lot of money. From Central America the Spaniards also brought the chili, but this spicy dressing is relished not all Europeans. And capsicum in contrast, Chile had a mild, sweet flavor. Especially popular peppers used in the Balkans. The word "paprika", which is now used worldwide, is of Hungarian descent. Hungarian seasoning has a bright red, rich color and flavor. It is valued for excellent quality.

In the late 17th century, the Bulgarians brought the peppers on the territory of Ukraine, Moldova and Russia. We have this culture was already known under the name "Turkish pepper". In old Slavonic Chronicles, there is mention of the fact that "herbal", as they called this plant has been used for medicinal purposes. They treated anemia, dizziness, asthma, and the taste of pepper was valued only at the turn of the 19th century. In Soviet times, the main flow of the supply of sweet pepper were from Bulgaria, the so – called "bell pepper" has taken root in our country.

In our days the Bulgarian pepper is widely used both fresh and stewed, roasted or baked. It acts as the main component of dishes such as dishes, paprikash; it is stuffed with minced meat with rice, cottage cheese, cheese, etc. a Seasoning made of dried red peppers, add to meat, fish, vegetable dishes, seasoned cheeses, cottage cheese and eggs. We can say that this product is universal.

Bell pepper is a source of vitamins A, C, E, P, PP. It is rich in potassium, calcium, iron, phosphorus, iodine and silicon. To ensure a daily dose of these items is 30-40 g Bulgarian pepper. Due to the abundance of nutrients, bell peppers are irreplaceable for people suffering from cardiovascular diseases, depression, and beriberi. Bell pepper helps to improve blood circulation, has a beneficial effect on the condition of the hair and skin, to stimulate the appetite.
Is the advice useful?
See also
Присоединяйтесь к нам
New advices