How to calculate interest on the Deposit

The choice of contribution - a crucial step: because, as a rule, you will be in for some time without access to your own money. However, the game may be worth the candle, if the interest on the contributions are substantial enough. Therefore, it is necessary to understand how they are awarded. 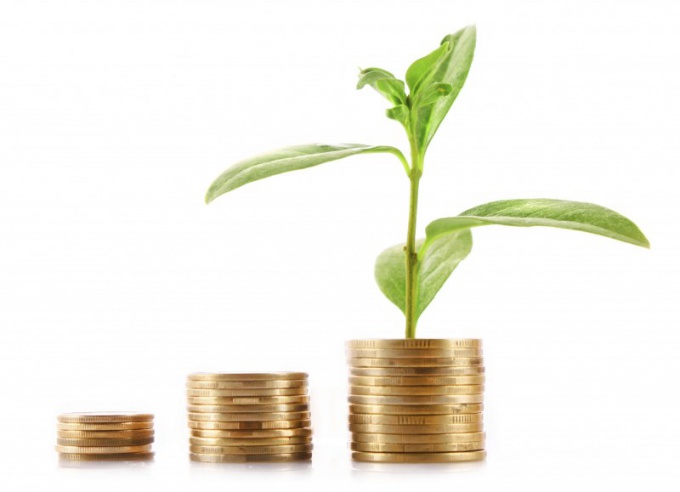 Related articles:
The algorithm of calculation of interest on deposits is directly dependent on their environment. Therefore, in order to roughly calculate what amount you will receive at the end of Deposit period, you should review your Deposit agreement entered into between you and the Bank.

The accrual of interest at the end of term

The easiest from the point of view of the procedure of calculation the method of calculation of interest accrual at the end of term. This means that the entire amount of interest income payable to the depositor, will be credited on the last day of the term. For example, you put 10 thousand rubles on Deposit at 10% per annum for 1 year. As a result, in the last day of the term, you will be charged interest at the rate of 10% of the outstanding amount of 1 thousand rubles. Thus, the total amount of money that you will get after finishing your contract with the Bank, will be 11 thousand rubles.

Periodic accrual of interest on deposits

Another variant of the algorithm of interest is a periodic charge. In this case, with some regularity prescribed by the terms of the contract between you and the Bank, the latter will charge interest on your money. Most often this operation is carried out on a monthly basis, however, in a particular situation can be provided and other conditions: for example, quarterly or even daily accrual. Your interest can be transferred to a card or a special account that you can withdraw the accumulated money as necessary. For example, if you placed 10 thousand rubles in the Bank at 10% per annum for 1 year with the condition of monthly payment of interests on the card account every month will receive the corresponding amount. For example, if in the month of 30 days, it will be calculated as 10000*0,1*30/365=82,19 of the ruble.

Interest on deposits with the capitalization

A more sophisticated mechanism represents accrued interest on deposits with the capitalization. Capitalization represents the accrual of interest, accumulated during the Deposit period, the principal amount. Thus, the amount of your Deposit increases, and thus, increases the amount of interest to be credited. The frequency of capitalization as established by the terms of the contract and may be monthly, quarterly, or other. Consider an example with the same conditions: a contribution in the amount of 10 thousand rubles under 10% APR with monthly compounding. In this case, the amount of interest accrued in the first month duration, e.g. 30 days, will be 82,19 of the ruble. It will be added to the principal amount of the Deposit, which after the first month will be already 10082,19 of the ruble. Thus, for the second month in duration, for example, 31 days interest will accrue on this sum they will be 10082,19*0,1*31/365=85,63 of the ruble. They, in turn, will be added to the principal amount. In a similar way based on the number of days in the month will accrue interest during the following months of the term.
Is the advice useful?
See also
Подписывайтесь на наш канал