How to check iPhone for viruses

Owners of mobile devices with the iOS operating system know that this operating system is relatively impervious to viruses, but when the device is connected, for example, to a PC, there is a risk that the Iphone will get a virus. 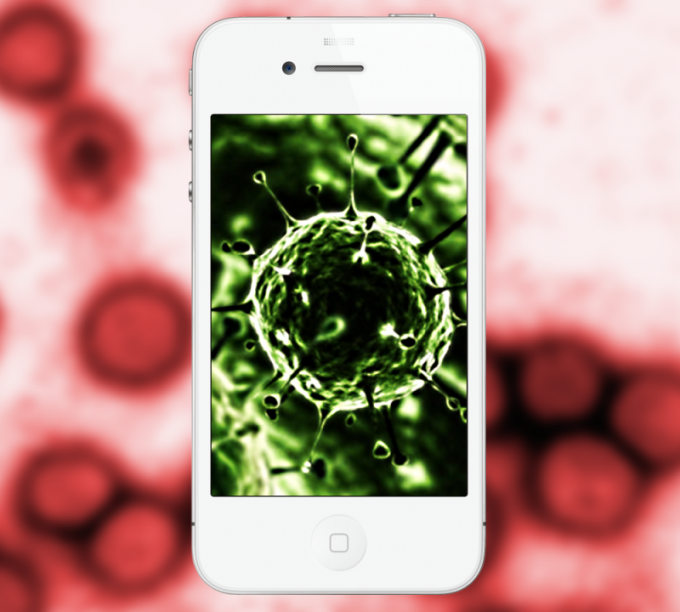 Related articles:
Mobile devices based on IOS are among the safest. The thing is that the file system iPhone hidden from view, this means that no virus can harm your mobile device (if installed factory firmware). In that case, if the owner of such a device is asking the phone or have established programs not only from the official site (AppStore), then the probability of getting a virus on the phone increases significantly.

Of course, there are ways to check the mobile device for viruses. This can be done either with the help of antivirus software that is already installed directly on the user's computer, or using special software for the iPhone.

In the first case, you need to connect your mobile device to personal computer using USB. After the computer detects it, you can start the antivirus installed on your PC and start scanning a removable drive (phone memory card). After the procedure, check the antivirus will show the user all of the found vulnerabilities and malicious software found. Of course, that this method is not the most convenient. Best - download antivirus software for your mobile device to the AppStore and install it.

There are some of the most popular options is: Intego VirusBarrier X6 Symantec endpoint protection, Panda Antivirus, Norton AntiVirus. Each of them has its own advantages and disadvantages.

Intego VirusBarrier X6 checks the majority of files and attachments, scripts, detects and repairs corrupted data, malicious software. The main advantage of this antivirus is that it quickly performs the test. Symantec endpoint protection is not able to treat files and attachments, but, fortunately, this software protects the user during Internetsurfing, thanks to a special anti-phishing functions. Among the main disadvantages include the fact that unlike the previous version, avast Internet security is quite slow. Functionality Panda Antivirus, Norton AntiVirus the same, the only difference between them is the value of these applications. It is worth noting that the owners of the computers with the MAC operating system also can use these antivirus programs.
Is the advice useful?
See also
Подписывайтесь на наш канал