How to determine cervical erosion

Erosion of cervix of the uterus develops from damage to or changes in the oral mucosa and is characterized by the formation therein of ulcers. This process is benign and occurs in most women. But when not treated can turn into malignant form of the disease. 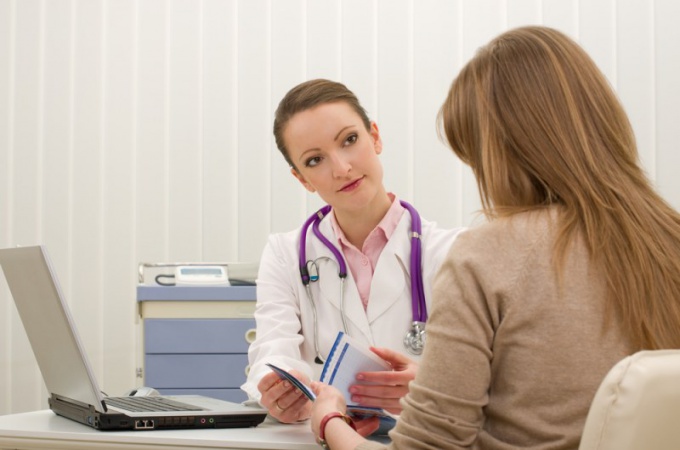 Related articles:
Instruction
1
One of the reasons of erosion of cervix of the uterus are infections transmitted during sexual contact (Ureaplasma, Mycoplasma, chlamydia, HPV). They cause inflammatory process in the urogenital system and contribute to the formation of ulcers.
2
An equally important reason for the development of the disease is early sexual debut (before 20 years). Underdeveloped female reproductive system and weak mucosa is easily injured by mechanical action are easily formed damage.
3
Erosion of cervix of the uterus may be associated with mechanical damage to the mucosa during abortion, childbirth. Among other reasons known vaginal dysbiosis (microflora imbalance), hormonal imbalance and menstrual disorders.
4
Most often the onset is asymptomatic. And only occasionally attention is drawn to the spotting from the vagina. Over time, they become abundant and from the mucous membranes go into mucous-purulent. In addition, you receive the occasional pain and burning sensation, first during the intercourse or after it, and then by itself.
5
To assume erosion of cervix of the uterus and the absence of any of the above symptoms, but the appearance after intercourse bleeding. In this case it is better to be surveyed, while the area of erosion is small, and the depth of lesion amenable to conservative treatment.
6
Erosion of cervix of the uterus is a benign process, but without timely treatment, can turn into malignant form. And contribute to oncogenic viruses such as human papilloma virus. Its toxins can greatly speed up the process of development of the disease. Also eroded part of the organ can cause of vaginitis, miscarriages and premature births.
7
To prevent complications of the disease and its adverse effects it is recommended to undergo preventive checkups twice a year. And, if necessary, to eliminate possible infection of the urinary tract. And at the request of vaccination against oncogenic viruses.
Is the advice useful?
Присоединяйтесь к нам
New advices