Allergy blend: how it looks

Young parents are most worried about the health of the newborn baby, as he can't tell how he feels hunger, pain or discomfort. They especially worry when feeding a child formula milk, which children often have allergic. To recognize an allergic reaction is possible in a number of external manifestations. 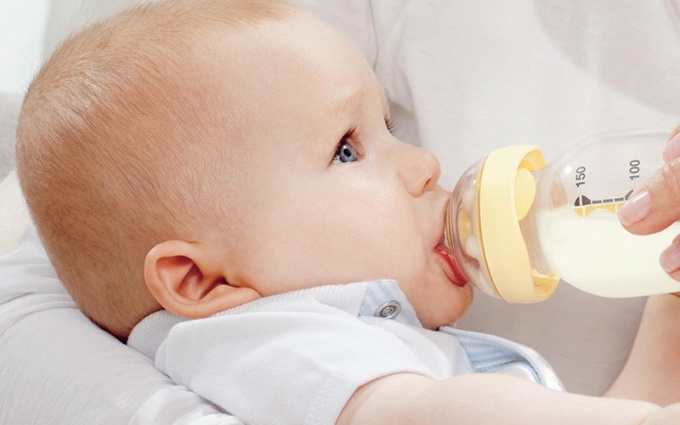 Basically, the first symptoms of Allergy to formula milk have babies in 2-3 months – but it is not an indicator, because the reaction may occur at any age. Therefore it is impossible to ignore the runny nose or skin rash in a toddler, not yet included in the "Allergy age". To recognize an Allergy can be repeated regurgitation or a mixture of air after feeding – baby may spit up to 5-7 times with subsequent strong hiccups.

With the ability to diagnose allergies in infants, parents in a timely manner you can contact your pediatrician, who will prescribe the right treatment and mix.

In the presence of regurgitation and hiccups need to ensure that the nipple of the bottle corresponds to the age of the baby, and the hole in it was not too large, because through it into the stomach of the child into the air. If compliance with these requirements, regurgitation is not reduced, most likely, milk formula causes an allergic reaction. It can confirm that digestion problems – often an Allergy to this product provokes the development of diarrhoea and constipation, accompanied by bloating and severe intestinal colic, even in a normal chair.

If you are allergic to a mixture of such respiratory symptoms as coughing and runny nose, which stands out with transparent slime. The child's body temperature remains normal. Because the respiratory system of the newborn is not yet able to cope with large amounts of mucus that appear in the nose or the bronchi in allergic reactions, it constantly needs supervision and compulsory consultation of the doctor.

However, respiratory symptoms of allergies mixture in newborns occur quite rarely and are more an exception than the rule.

Symptoms of skin caused by an allergic reaction to the formula, are rashes and redness on the skin of the child. Most often, these signs appear on the cheeks, cheeks, forearms, buttocks and belly. If you carefully observe the behavior of the baby, you may notice that he tries to comb rash, bringing discomfort to him, but also shows anxiety and moodiness without apparent cause. Commonly skin Allergy symptoms on skin infants represent scaly areas, touching which there is dryness and roughness. In such cases, it is strongly recommended not to put on mitigating irritation or baby lotions creams – they contain substances that are able to enhance Allergy symptoms.
Is the advice useful?
See also
Подписывайтесь на наш канал