On the world Cup in Brazil have identified eight teams who will play in the quarterfinal matches. Four teams representing Europe, three in South America and one to Central America. 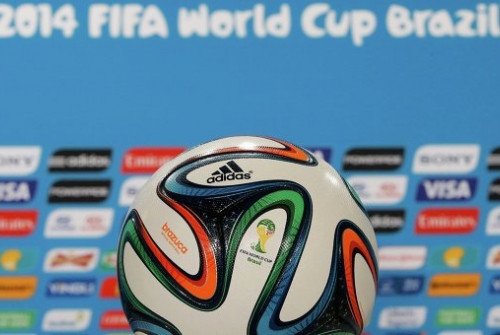 The eight strongest teams in the world Cup in Brazil were teams who won their groups. The seven commands are not a surprise, only Costa Rica could sensationally and unexpectedly can reach such a high stage of the tournament.

The first match of the quarterfinals will take place on July 4, then will meet two wonderful countries - France and Germany. Very hard to pick a favorite in this pair. For someone the French can seem preferable to the extent that the team Deschamps all four games at the world Cup was won without any problems. Other experts would consider to be favorites of the Germans. However, this may seem traditional and ordinary. The charges left in several games in the tournament was in serious trouble. For example, in the match against Germany Algeria only in extra time was able to achieve victory. In any case, to predict the winner in this pair with confidence is impossible.

In the second quarterfinal will meet the South American and European team - Argentina will play with Belgium. Another five or ten years ago, the South Americans would be considered clear favorites, but now the Belgians have grown a very talented generation of performers, a skill which is not inferior to the Argentines. Team Messi has shown that it is necessary to add in the game very much, if Argentina intends to win the world Cup. In some games, the Argentines had observed certain problems with the organization of the game. The Belgians showed good football during the group stage. However, in the 1/8 only in extra time, as the Argentines, Europeans were able to snatch victory. Because the question about the favourite remains open. It is worth to say that if Belgium wins, it will not be a sensation. The meeting will be held July 5.

Hohyaeva world Cup Brazil will play July 5 in the evening with the team of Colombia. This will be the third quarterfinal game. Only due to the status of a command-mistresses of the world Cup, Brazilians can be considered favorites. But do not forget that the Colombians show is perhaps the most quality and beautiful football among all the other teams in the tournament. In the ranks of Colombia stands out Hames Rodriguez, who scored five goals at the world Cup. This man could make the result. The Brazilians have their Goalscorers. For example, Neymar scored four goals. This pair of commands is of great interest to the public, because in case of victory of Colombia on this team we can speak as about the main pretendent to win the world soccer championship.

In the final quarterfinal match will meet teams of Netherlands and Costa Rica. This is the only pair where the favorite is clear (the Netherlands). However, the Costa Ricans have already presented a lot of surprises in the championship. One thing worth mentioning is that by chance from a group with Italy, England and Uruguay from the first place do not go. So the intrigue in a match that will be held on July 6, persists.