What types of crystal lattices

In crystals of chemical particles (molecules, atoms or ions) arranged in a specific order, in certain conditions they form symmetrical polyhedrons. There are four types of crystal lattices — ion, nuclear, molecular, and metallic. 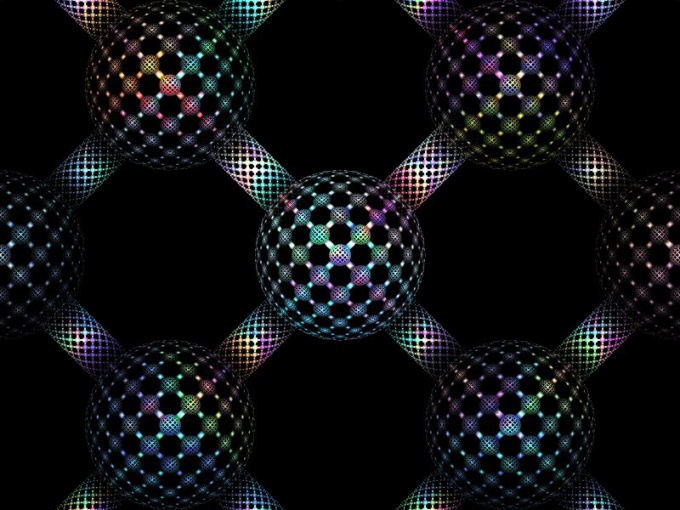 The crystalline state is characterized by the presence of long-range order in the arrangement of the particles and also by the symmetry of the crystal lattice. Solid crystals are three-dimensional structures that have the same element structure is repeated in all directions.

The correct form of the crystals is due to their internal structure. If they replace the molecules, atoms and ions points instead of the centers of gravity of these particles will be a three-dimensional regular distribution of the crystalline lattice. Duplicate the elements of its structure are called elementary cells, and points — nodes of the crystal lattice. There are several types of crystals, depending on the particles that constitute them, and the nature of the chemical bond between them.

Ionic crystals form anions and cations, between which there is the ionic bond. The crystals are salts and hydroxides of most metals. Each cation r anion is attracted to and repelled by other cations, so ionic crystal it is impossible to distinguish single molecules. The crystal can be considered as one huge molecule, and its size is not limited, it is able to attach the new ions.

In atomic crystals, the individual atoms United by covalent bonds. Like ionic crystals, they can also be regarded as a huge molecule. While atomic crystals are very hard and durable, do not conduct electricity and heat. They are practically insoluble, they tend to have low reactivity. Substances with a crystalline atomic lattices are melted at very high temperatures.

Molecular crystal lattice formed from molecules whose atoms are combined by covalent bonds. Because of this, between molecules are weak molecular forces. Such crystals have low hardness, low melting temperature and high fluidity. Substances that they form, and their melts and solutions do not conduct electric current.

In the crystal lattices of metals the atoms are arranged with maximum density, and their relationships are delocalized, they are distributed throughout the crystal. Such crystals are opaque, metallic luster different, easy to deform, with good conduct electricity and heat.

This classification describes only the limiting cases, most of the crystals of inorganic substances belong to the intermediate types — molecular covalent, covalent-ionic, etc. as example, a crystal of graphite, within each layer covalent he-metal and between layers — molecular.
Is the advice useful?
See also
Присоединяйтесь к нам
New advices