Greece – a wonderful country, a significant part of which is located on the Islands. The country is washed by several seas, they all belong to the Mediterranean basin: this is the Ionian, Libyan, Cretan, Aegean and the sea itself. 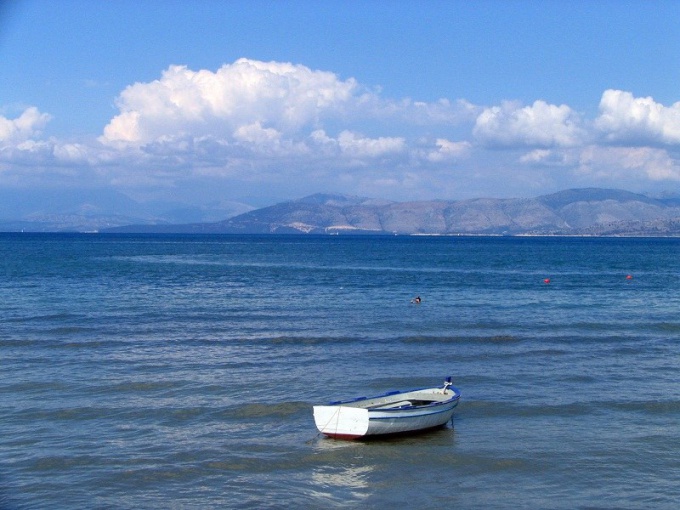 Related articles:
Instruction
1
Mainland Greece is three-quarters of the country. Due to the extensive sea coast and the many Islands, the country was considered ideal for a beach holiday. Mediterranean climate, clean waters and unique culture make this country extremely popular among tourists. Usually surrounding Greece are interested in the sea of people, mostly from the point of view of their influence on the characteristics of the travelers.
2
East coast of the country washed by the Aegean sea. It is the capital of Greece – Athens. Another major resort on the shores of the Aegean sea, Halkidiki. Such large Islands as Santorini, KOs, Rhodes and Mykonos is also located in the same sea.
3
The Ionian sea washes the Western coast of the country. To the most popular resort areas of the Ionian sea are the Islands of Corfu and Zakynthos. A small sea – Cretan, which is usually considered part of the Libyan sea that bathes the island of Crete. This island is the most southern part of Greece. The Cretan sea belong to its Northern shore, and the Libyan South.
4
The layman is difficult to understand why such a relatively small territory, which is the Mediterranean sea, needed to divide into more seas. But in reality, each of them has its own characteristics, are notable not only for Oceanography chemical analyses. Every sea in the Mediterranean basin its color and features. Specialists easily distinguish one sea from another on these grounds.
5
The Ionian sea is different purple and blue shades. The Aegean in the beach drawn to turquoise colors, and where its depth becomes larger, changes color to a deep dark blue. In General, all the Mediterranean sea and the pool is very clean. So it turns out due to the fact that on these shores is virtually no industry, at least in the way those currents that wash over the Greece. Marine areas of this country are the most pure in Europe.
6
Know the features of the seas can be very useful if you are planning a holiday. The Aegean sea is different from others in that it is colder and more restless than the rest of the sea of Greece. At the same time, it is also the cleanest and the water is very clear. For these qualities the Aegean sea are particularly fond of divers.
7
To experience how vary different the sea, you can go to the island of Rhodes. Near it there is a place that is called "kiss of two seas". Waters of the Mediterranean and Aegean seas are connected here. Seeing this, you will understand how different can be the water, so close to each other.
8
This marine biodiversity is partly due to the fact that in the last area of the Mediterranean sea was the Tethys ocean. Many years ago the tectonic plates have moved, but the Mediterranean still retained some "oceanic" properties. The Greek sea is the sea, an ancient ocean that no longer exists today.
Is the advice useful?
Присоединяйтесь к нам
New advices