Where abroad the most expensive stay

Leisure and financial issues – things almost inseparable. Most of the tourists trying to get round cheaply and the money saved to spend on other needs. However, saving is not peculiar to all. Wealthy people often choose the most expensive holiday abroad. 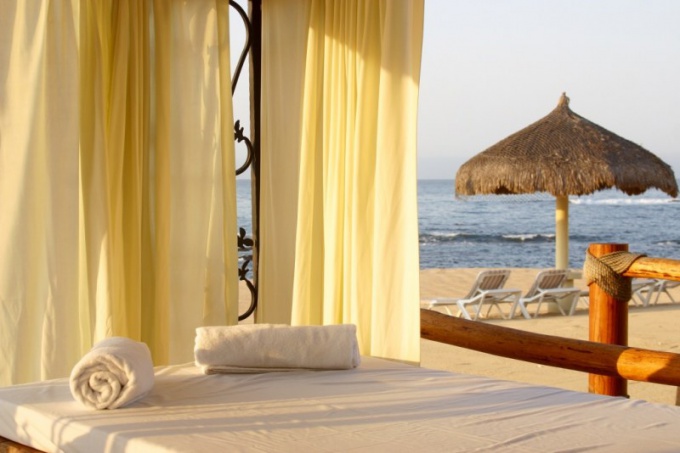 The most expensive beach vacation in the world

In 1982, the entrepreneur and adventurer Richard Branson has acquired a small island in the British Virgin Islands. Purchase businessman called Necker Island. On a small piece of land quickly there are four villas and some beautiful gardens with rare plants.

This files most often on the island spends time Sam Branson, his family and friends. But when the businessman not to leave, the island is fully let. To spend the night in the "Paradise of the billionaire" for the rent to be paid $30 000. This amount, however, included not only accommodation, but also food, drinks, Internet, entertainment.

The most expensive holiday you can spend in the Bahamas. Specifically, on the stretch of land of 150 acres called Musha Cay. A day on the island with white sand beaches and pristine ocean will have to pay $24 500. The price includes accommodation, food and drinks. Separately will have to pay the Internet and telephone. On Musha Cay also special conditions apply: the shortest possible stay is three days.

Cheaper vacation in Miami, the Villa Casa Contenta. Huge house with outdoor swimming pool and an artificial waterfall in the off season will cost $11 600 per day. In a more popular time, the price of a few rises to $18 000. Minimal rent period, as in the case of the Bahamas, three days. However, there services are not limited to food and drinks. The Villa for you to cook personal chef, children will be looked after by the nanny, the therapist will relieve tension, and the airport will meet the limo.

Known travel portal seriously engaged in the study of the most expensive holiday abroad, which can afford people with average incomes. Was the leader of the British capital – London. City, tourist life where you can enjoy day and night, provides for two people to spend one day approximately €420.

This price includes many options. For $ 420 you will be able to stay for the night in hotel of category 4 stars. This amount included a dinner at the restaurant and cocktails in a nice Central bar. Out of the money you pay and travel: two trips by taxi at an average distance.

The five leaders also joined the Zurich (Switzerland), Oslo (Norway), Stockholm (Sweden) and Paris (France). In these foreign cities evening for two will cost slightly cheaper. However, it should be noted that the amount does not include any purchases for themselves for flight.

A vacation in a million

It turns out that there exists a unique tourist offer for those who are willing to fork out nearly a million dollars. Special attention deserves the tour 28 days from the hotels Lead Hotels”. During this time on a private jet to visit 12 popular cities in the world. The tour starts in London, the end point – new York. Between them provided a traditional tea ceremony in Tokyo, baths in the Palace of an Indian Rajah, a balloon flight over Dubai and other pleasures.
Is the advice useful?
See also
Подписывайтесь на наш канал