How to identify natural amethyst

As with other precious and semi-precious stones, is an issue about how to distinguish genuine amethyst offers or fake. Amethyst is a popular stone and fake it common. 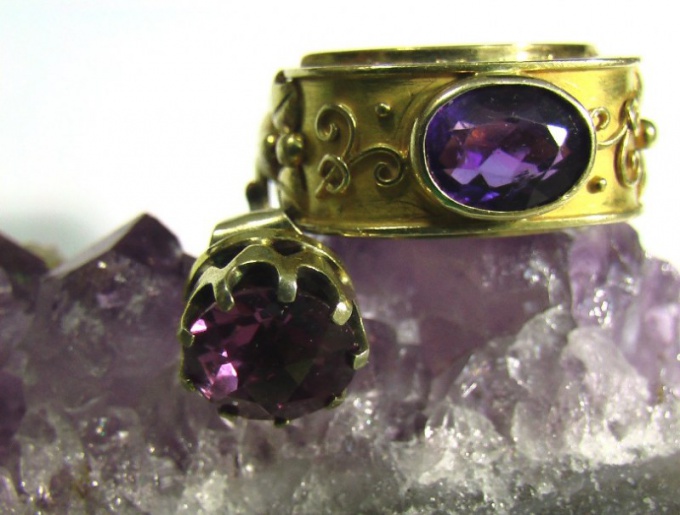 Related articles:
Instruction
1
Natural shade of amethyst - violet, violet, violet, the degree of saturation of color is very different. High hardness of amethyst, so a sample you can try to scratch it with a steel object. On the forgery most likely will leave scratches on a natural stone - no. Synthetic amethyst, this method does not distinguish its hardness is also very high. You can try to distinguish by color: a very intense and uniform color rarely found in nature and therefore alarming. Transparency can also serve as an indicator of natural amethysts have a deep and uniform degree of transparency. Often the amethyst out of ignorance or with the specific intent of trying to give the crystals of fluorite, is really very similar to it. To distinguish them from each other in terms of the store is almost impossible. From the glass and especially acrylic amethyst has considerable weight.
2
It is possible to distinguish natural amethyst from grown artificially with water. Dropping in a glass of water natural amethyst, it is possible to observe discoloration of the rock along the contour, whereas the artificial stone will not be discolored. Natural amethyst poor thermal conductivity, and in order to warm the stone, it takes more than usual time. Especially good to compare the two stones, one of which is exactly defined as natural or synthetic. Good results are obtained with ultraviolet radiation. Synthetic stone in light discoloured areas, natural completely. In its structure, natural amethyst is always very heterogeneous. It contains liquid, gas-liquid inclusions, microcracks, microtubules. Synthetic stones when you zoom in the magnifying glass look perfectly smooth.
3
The fact that natural amethyst never painted evenly, as it consists of crystals having different color. The spacing between these crystals are usually very well visible under the microscope. In that case, if the stone is very bright and the separation could not see very well, you can see it by including the inversion mode(negative). If the zoning is not visible in either way, the stone is likely synthetic in nature. Examined under the microscope the stone in a frame is also possible, but with some conditions. The directional stability will need an external light source, but it does not help to illuminate the stone, tucked away in the rim tightly.
Is the advice useful?
See also
Присоединяйтесь к нам
New advices