What movies to watch during pregnancy

Maternity leave is the time in order to watch their favorite movies. However, it is important to remember that women who bears a child, it is better to avoid movies with sad endings and violence. But films about pregnancy, Comedy and good films with a happy ending – just what you need for the perfect mood. 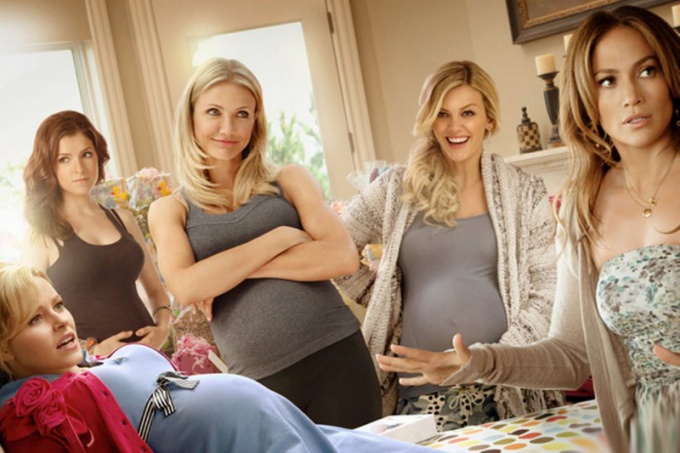 Related articles:
Instruction
1
In the first place you can watch films about happy pregnancy and birth they want chubby healthy babies. That's great raise the future mother of the spirit before birth, as well as improve her mood. One of the most popular films of this kind is called "9 months". This is a Russian TV series, which was filmed in 2006. It involves such fine actors as Sergei Garmash, Aleksey Serebryakov, Irina Rozanova, Ekaterina Rednikova and Nina Ruslanova. The action takes place in one of the capital's health centres in the ward of Department of pathology of pregnancy. This funny and good movie and recommended for family viewing.
2
The eponymous movie for pregnant women was removed in the United States. In the film, which is called Nine Months, played famous actors Robin Williams, Hugh Grant and Julianne Moore. Those "9 months", the audience is called a real encyclopedia of relationships between intended parents in a difficult period of waiting for a baby.
3
One of the most funny movies about pregnancy, which is enjoying not only the future mothers, is considered a "Junior" (Junior). It was filmed in 1994. Many might remember the story of a man played by Arnold Schwarzenegger who decided to bear a child.
4
And you can watch during pregnancy movie with John Travolta about the rich inner world of the newborn infant. Thanks to the efforts of translators, the film is known in Russia under various names. One of them is "Look who's here!". It is worth saying that the film has continued: in the second part of the baby-a philosopher is company is pretty sister.
5
Today there are many video tutorials for pregnant women, such as "Three of the delivery period" or "waiting for the stork". Also you can watch French educational film called "Happy pregnancy", which is quite similar to art. In another film - "Odyssey of life" - quite interesting describes the period of pregnancy until the birth of the child.
6
However, it is not necessary to watch movies is about the pregnancy. You can watch a good movie from the category of films for family viewing. Forums for moms often recommend interesting films such as "Big daddy", "never been Better" or "You letter." Excellent choice for pregnant women can be lyrical movies and good Comedy - for example, "Heavenly swallows", "Operation Y". Remains to wish you a pleasant and positive view.
Is the advice useful?
Присоединяйтесь к нам
New advices