Bachelor party house: which fighting games to play on the console

Many men love to arrange a stag. What do they do when the whole group of friends here? Of course, watch movies, drink soda, or something stronger, you can order a pizza. But, probably, none of the male party is not complete without games. And so we are not bored, preference is given, as a rule, fighting games. 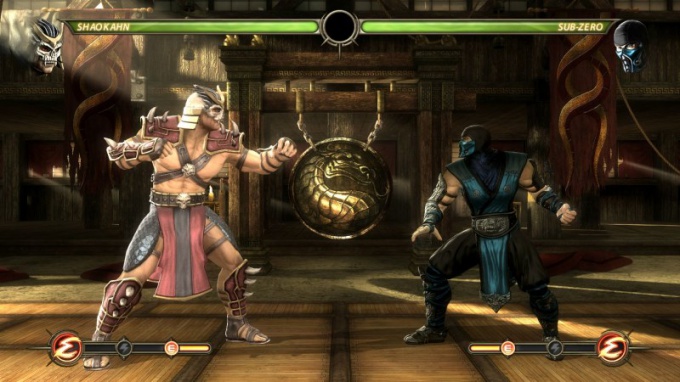 Fighting game called computer or video games, where the players converge in melee combat. They sometimes used firearms or knives. Fights take place in limited locations and usually on time. At the top of the screen shows the scale of lives and other indicators of players.

Most often in these games you fight one-on-one against a bot (computer opponent) or another player. In some fighting games there is the opportunity to fight simultaneously on four players.

There are three types of games in this genre. The most common arcade fighting games. Their content is often cartoonish, although common and realistic. They always present the scale of different energies and life of the player. They are focused on entertainment and dynamism, the realities of life in these games a little tap.

Following the genre of simulators. They are the complete opposite of arcade fighting games. Their base is almost a complete copy of the existing types of sports, such as Boxing. Such games are also popular as the other genres of this type of game.

The third type – mixed fighting. Their gameplay has arcade features such as incredible strength or scale of lives, but at the same time it is realistic – the soldier may be tired, or you need to properly count strokes.

Fighting games that are worth playing

Many people have at least once heard about a game like Mortal Kombat 9. This game is very colorful and beautiful. The image in this fighting game can be called both realistic and fantastic at the same time. Wounds, blood, flesh – it all looks terribly natural. Signature shots and uppercuts to the characters a bit "freshened up", in comparison with the previous parts of the game, but remained quite familiar. In addition to the usual fight one-on-one, you can fight 2 to 2 player controls two characters in the team, or fighting four people at once.

Street Fighter IV – also known video game-fighting game. In her excellent characters, with individual character and destiny. Everyone has his own set of combo attacks, special attacks and different characteristics. There are no strong or weak fighters, they are all roughly on the same level. The graphics in this game is superb, arena is not static, the characters are well developed.

To play with your friends in Street Fighter IV, there is no need to master fighters. Enough to learn a few combos and special attacks, and you can get a lot of pleasure and fun. Because in this game there are comic characters.

Another interesting game – Tekken 6. The graphics in it are also pretty good, has a full motion blurring. Along with the traditional combo there is the possibility of movement with objects, the new system "rage" and "rebounds".

As for simulators, there is a game, leading to the delight of many males. Is Fight Night Champion is a fighting game in the genre of Boxing. It is interesting and entertaining. Here in one ring can meet Sonny Liston and Mike Tyson. Its advantage is that to adapt to the combat system will of any man, because it is very simple. The difficulty of the game depends on the application of the actual rules of Boxing. It is worth noting that in this game intelligently creates the illusion of a Boxing match – the battle with the bot you can forget that you are playing against not a real person, a computer, because he quite correctly attacks and blocks shots.
Is the advice useful?
See also
Подписывайтесь на наш канал