How to defend their point of view in the dispute

The ability to push, i.e. the ability to defend own point of view in the dispute, is a very important moment in our lives. Using this ability, the person begins to feel much more confident, aware of their needs and desires and working hard to achieve them. He does not allow others to manipulate his actions and takes, therefore, all the responsibility for everything that happens in his life on himself. 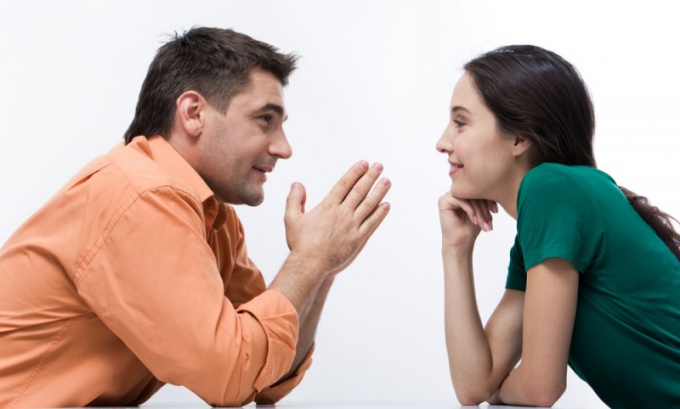 Related articles:
Instruction
1
First we need to understand that your opinion has a right to exist, regardless of the fact that it is not supported by others. Remember that if some people at the time went against all, we would still think the Earth is disc-shaped.
2
The ability to have its own implies the realization that you as a free person have the right. For example, you have the right to ask for what you need, the right to choose and the right to refuse anyone. And most importantly, you have the right to accept yourself the way you are, with all faults.
3
Each point of view should be taken only as an opinion which can be challenged. Any person, as if he was not credible, must be perceived as capable of making mistakes man. First and foremost, you need to gain confidence in themselves.
4
Any dispute should be seen as a chance to discuss your idea, test its weight in the eyes of other people.
5
In order to make the dispute harder to stand your ground, start to work on the art of communication. It includes, first and foremost, a clear understanding of their needs, because people often perceive you exactly the way you want to do that. The perfect manner of communication should be based on respect for themselves and others. Self-esteem, in this case, can mean self-control, initiative in the dispute. After all, when you lose control, the dispute will be lost.
6
Also, to successfully defend their point of view in any dispute, it is important to know the basics of psychology, the principles of contact with other people, to be able to behave correctly in the discussion. First of all, you need to identify the values that target your companion, reflected in its ideals, interests and desires. Just taking the dispute on equal terms with the opponent, have a chance to win the debate. Good results will give the use of special techniques of argumentation.
7
In trying to defend their point of view try to keep a sense of proportion. We must distinguish between situations when it is better to retreat so as not to cause irritation and hostility from the opponent in the dispute. The dispute should not escalate into war. Avoid blaming, sharpness and expressions of rudeness. In the case when you start to get annoyed, it is better to postpone the conversation until a better time.
8
Try not to judge the interviewee in that case, if he is wrong, but continues to insist on. Remember that only the wise and patient people are able to understand the other. Understanding the reasons for such actions of the opponent will give you the opportunity to look at the wider issue.
9
Don't be offended by the lack of support from loved ones or their lack of understanding. Often, they are wanting to protect are the biggest obstacle to success. Show them that you are confident in their abilities, demonstrate their achievements, act friendly and kind.
10
If your opponent does not understand your argument, and you were defeated in a dispute, admit it without resentment, but without losing their individuality. In case of victory, behave discreetly and modestly, be sure to thank the interviewee for understanding.
Is the advice useful?
Присоединяйтесь к нам
New advices