How to apply the "Mexidol"

"Mexidol" is an antioxidant product designed to improve blood flow, and metabolism in the brain. Its active substance is of etilmetilgidroksipiridina succinate. 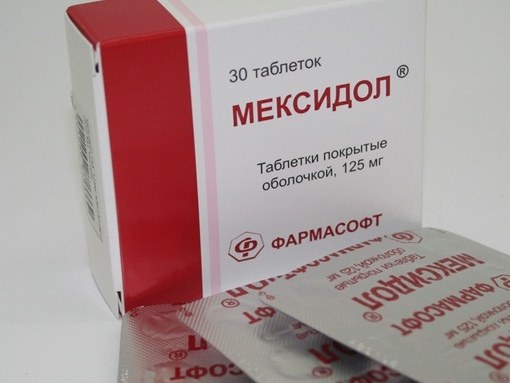 Related articles:
Instruction
1
"Mexidol" is used for vegetative-vascular dystonia, acute violation of cerebral circulation, anxiety disorders, accompanying neurotic and neurosis-like States, atherosclerotic disorders of the brain, discirculatory encephalopathy, alcohol withdrawal syndrome, acute intoxication antipsychotic drug, acute purulent-inflammatory processes localized in the abdomen (pancreatic necrosis, peritonitis, pancreatitis), as well as in state, accompanied by hypoxia when exposed to extreme factors.
2
"Mexidol" is able to protect cells from excessive oxidation, helps to restore the lipids of cell membranes, increases the tolerance of hypoxia by the body, stimulates mental activity, learning ability, memory, suppresses anxiety, fear, worry, regulates the level of cholesterol. The drug increases the body's resistance to stress and other negative factors (hypoxia, ischemia, shock, cerebrovascular disease, intoxication of alcoholic beverages). The drug is available in tablets and solution for injection. The dose and duration of treatment should be determined by the doctor.
3
The drug was initiated at a dose of 125-250 mg (one or two tablets), this number should gradually increase until the desired effect is achieved. The maximum daily number of "Mexidol" - 800 mg (six tablets). The drug in the tablets should be taken within two to six weeks. To stop alcohol withdrawal syndrome, "Mexidol" take for five to seven days. The drug should be discontinued gradually, this daily amount reduce for two to three days. The solution of the "Mexidol" administered intravenously or intramuscularly. Daily dose should not be higher than 1200 mg. for acute disorders of cerebral circulation in the first ten-fourteen days, the drug is injected at 200-500 mg two to four times per day (intravenously), during the next two weeks two to three times a day for 200-250 mg (intramuscularly).
4
"Mexidol" is contraindicated in acute liver and kidney, hypersensitivity to the components of the funds, during pregnancy and lactation. The drug may cause the following side effects: allergic reactions, nausea, dry mouth. While the use of "Mexidol" can potentiate the effects of anticonvulsants, anxiolytics - benzodiazepines, antiparkinsonian drugs.
Is the advice useful?
Присоединяйтесь к нам
New advices