What was the punishment Raskolnikov

The novel "Crime and punishment" is one of the major works of Fyodor Dostoyevsky. The hero of the book, Rodion Raskolnikov, commits the worst by any measure, the crime of murder. The writer depicted in the novel is contradictory inner world of his hero, who suffered the deserved punishment for his wrongdoing. 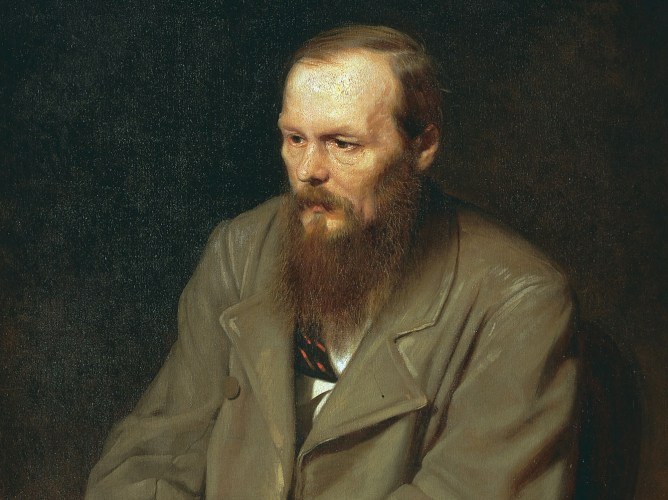 Related articles:
Instruction
1
The main content of Dostoevsky's novel is associated with inner feelings Raskolnikov decided to murder. Initially, the hero decided to prove himself that he is not "loathsome creature" and has the right to decide the fate of people. But the result of his crimes has become an acute internal conflict that caused a whole range of feelings, in which fear of the inevitable punishment mixed with despair and remorse.
2
Raskolnikov is a very receptive person. He keenly feels the injustice. Paintings of St. Petersburg, in which luxury of one punctuated by the poverty and suffering of others, cause him internal protest. The hero of the novel is hard to see how ordinary people looking for a way of life of the impasse. Gradually he develops a bleak Outlook on reality, which becomes permanent and internal oppression.
3
It is possible that the bleak picture of urban life and desperate poverty allowed Raskolnikov to consider himself a vigilante and a rebel, rebelling against the existing social fabric. The hero, who was in the future to experience the fierce remorse for what he did, at first did not think about the possible moral punishment for the act that was conceived in delirium.
4
Some critics rightly consider that the main novel is the second part devoted to the punishment of the hero. No punishment for double murder Raskolnikov was not hard labor. A much more powerful effect had the nagging and incessant feeling of separateness from others. The closest Rodion people suddenly became strangers. Feeling the love of mother and sisters, he suffers immensely, feeling like a murderer, unworthy of forgiveness.
5
In fact, Raskolnikov punishes himself. He excluded himself from those people who are worthy of respect and love. Hero like sharp scissors, cut from his person a piece of what made him human. Insoluble internal conflict experienced by his character, turned into a painful condition that made his soul every minute burst of self-pity and the realization that he is no longer able to change anything.
6
Raskolnikov, suffers deeply, because his theory of the Superman failed. He realizes that his actions put himself on equal footing with those of small individuals, which are deeply despised. It turned out that he had not killed the old woman money-lender and myself, and trampled my identity. And this thought became the hero of the novel the main punishment, to which Merck horrors of imprisonment and hard labor.
Is the advice useful?
Подписывайтесь на наш канал