What is line and phase voltage

Three-phase circuit are the most common in the modern energy industry, they provide an opportunity to obtain a single system two operating voltage — line and phase. 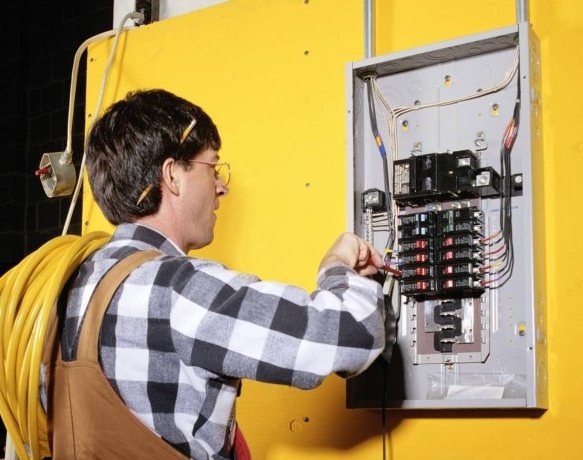 Three-phase circuit has several advantages compared to single-phase and multiphase, with their help you can easily obtain the rotational circular magnetic field, which provides the asynchronous motors. Voltage three-phase circuit is estimated according to its linear voltage for the waste from the substations of the lines it is set In 380, which corresponds to the phase voltage of 220 V. To indicate the nominal voltage three-phase four-wire networks use both values — 380/220 V, thus emphasizing that it can connect only three-phase devices designed for a rated voltage of 380 V, but single-phase is 220 V.

Phase is the part of a multiphase system having the same characteristic current. Regardless of the connection method there are three phases equal the current value of the voltage of three-phase circuit. They are shifted relative to each other in phase by the angle amounting to 2π/3. At the four-wire circuit, in addition to the three line voltages, there are also three-phase.

The differences of power distribution systems

In this case, the neutral wire is not required, and the probability of electric shock when the insulation failure is reduced due to the ungrounded neutral. Three-phase receivers are connected to the three phase conductors, and single-phase — line voltage between any two phase wires.
Is the advice useful?
See also
Подписывайтесь на наш канал