What time zone in Ukraine

When going on a long journey or business trip, it is necessary to take into account the time difference between countries and specific cities. Even within the CIS there are many time zones, which you should not forget. 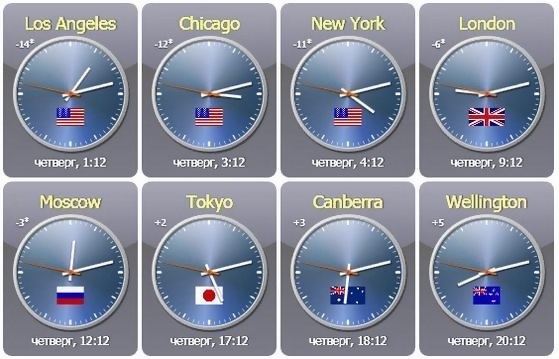 How in the world time zones

The entire globe is divided into 24 time zones. They are numbered from -11 to 12. Zero time zone falls on Grinevitsky Meridian. Time zones from 11 to 0 cover the territory from Alaska (USA) to London. Time zones 1 through 12 have a total length to the Far East. In a negative time zone time differs from Greenwich to decrease. Conversely, the time at positive time zone is added to Greenwich mean time. When this happens, and so that different time zones it is possible to match the time of day.

If you look at the map of the world time, we can see that the time zones are uneven in extent.

In the world now operate two units, which are designated time zones: UTС (coordinated universal time) and GMT (Greenwich mean time). Sometimes they are indicated by a slash. However, now the world most correctly indicate on a scale UTС. Therefore, the first timezone is UTC+1. Accordingly, the first negative time zone is listed as UTC-1, and so on.

What time zone in Ukraine

The entire Ukraine's territory is within one time zone UTС/GMT+2. This means that GMT time is "behind" from the Ukrainian for 2 hours. So, if Ukraine 10 o'clock in the morning, then in London, respectively, 8. However, now in Ukraine twice a year there is a transition to summer and winter time. On the last Sunday in March is daylight saving time by transferring the clock 1 hour forward. Accordingly, the winter time is entered on the last Sunday of October, when all clocks back by 1 hour. With the introduction on the territory of Ukraine summer time deviation from GMT will be 3 hours.

Currently, the time difference of the Ukraine with Moscow is minus 1 hour. So if it is midday (12 o'clock), in the Ukraine it's only 11 o'clock in the morning.

In Russia there are 9 time zones. Because of this, in many regions of the Russian Federation is Moscow. Therefore, to determine for themselves the time in Ukraine, it is necessary to the existing difference to add another 1 hour.

This ratio may change in case of change in Ukraine or Russia about the transition to summer and/or winter. For example, until April 2014, the time difference between Kiev and Moscow was 2 hours. However, since 2014, Ukraine switched to daylight saving time, and the Russian Federation - no, the discrepancy was reduced to 1 hour.
Is the advice useful?
See also
Присоединяйтесь к нам
New advices