Infrared (IR) radiation is electromagnetic radiation with wave lengths from 770 nm to 1 mm, open more than 200 years ago. This heat will radiate a heated body. While the naked eye to see it impossible. 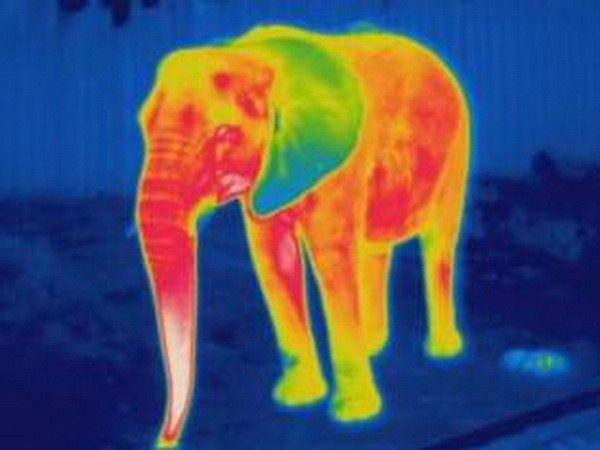 The history of the discovery of infrared radiation

In 1800, the scientist William Herschel announced at the meeting of the Royal society about his discovery. He measured the temperature outside the spectrum and discovered invisible rays with great heating power. The experiment was conducted using the filters of the telescope. He noticed that they were in a different measure absorb light and heat the sun's rays.

After 30 years of the existence of invisible rays situated beyond the red portion of the visible solar spectrum, was indisputably proven. French physicist Becquerel called this radiation infrared.

Infrared radiation consists of individual lines and bands. But it can also be continuous. It all depends on the source of infrared rays. In other words, the value of the kinetic energy or temperature of an atom or molecule. Any element of the periodic table under conditions of different temperatures has different characteristics.

For example, the infrared spectra of excited atoms, due to the relative state of rest ligament - electrons will be strictly ruled IR spectra. And the excited molecule and stripes are randomly located. All depends not only on the mechanism of imposing its own linear spectra of each atom. But also from the interaction of these atoms together.

When the temperature changes, the spectral characteristic of the body. Thus, the heated solid and liquid bodies emit a continuous infrared spectrum. At temperatures below 300°C the radiation of a heated solid body is entirely in the infrared region. From the temperature range depends on how the study of IR waves, so the application of their most important properties.

The main properties of the infrared rays is the absorption and subsequent heating of the tel, the Principle of heat transfer of infrared heaters is different from the principles of convection or conduction. Being in the flow of hot gases, the subject loses some amount of heat until the temperature is below the temperature of the heated gas.

Conversely, if the infrared emitters irradiate the subject, does not mean that its surface absorbs this radiation. It may also reflect, to absorb or to reflect the rays without losses. Almost always the irradiated object absorbs part of the radiation part reflected and part passes.

Not all luminous objects or heated objects radiate infrared waves. For example, a fluorescent lamp or the flame of a gas stove of such radiation have not. The working principle of fluorescent Lam based on a cold light (photoluminescence). Its spectrum closest to the spectrum of daylight white light. Therefore, the IR radiation it is almost there. And the greatest radiation intensity of the flame of a gas stove have a wavelength of blue color. These hot bodies infrared radiation is very weak.

There are also substances that are transparent to visible light, but not capable of transmitting the infrared rays. For example, a layer of water a few centimetres thick will not pass infrared radiation with a wavelength greater than 1 µm. This person can discern are on the bottom of the objects with the naked eye.
Is the advice useful?
Присоединяйтесь к нам
New advices