As for the eye to measure out 5 grams of salt

To determine the weight of 5 g of salt on the eyes in several ways. The most common of them is with a spoon, a knife or a pinch, this is not always necessary to have a special kitchen scales or measuring blade. 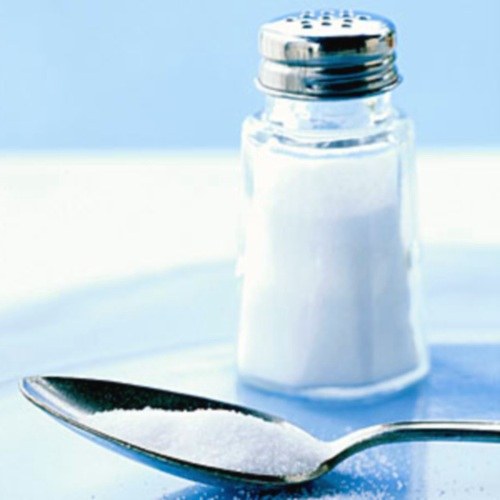 Related articles:
Salted or insufficiently dish can seem tasteless because of incorrectly measured out for him the amount of salt. Every woman is faced with cooking for certain recipes, where indicated, including the amount of salt, often in grams. How to understand, for example, on the eye to measure out 5 grams of salt? Of course, you can use a special blade, but the possibility is not always so there are other techniques.

How to measure 5 grams of salt a spoon

The best option to resolve this problem – teaspoon, which contains 5 g of salt (no slides). By the way, in a teaspoon with a slide contains 7 g of salt.

In tablespoon contains 25 and 30 grams of salt (no slides and the slide respectively). Thus, 5 g of salt – a fifth of a tablespoon, without slides if you, or a sixth part, if with slide.

Uses, and mustard spoon, which amounts to a third of a teaspoon, then measure out 5 g of salt in three mustard spoons.

A pinch is how much?

Eastern women who put food in a large amount of spices, telling you that you need less trusting mother-in-law, and believe more to the mother's home. In this statement it is not about family relationships - mother-in-law called the spoon and other measuring devices, and a mother – a pinch (the amount of salt or other spices that fit between the tips of three fingers – thumb, index and middle). This volume is approximately equal thirds of a teaspoon, and therefore, in order to measure out 5 grams of salt, three pinches need.

By the way, a pinch is not a handful of completely different measure, equal to the amount that fits in your palm and is about half the glass.


How many grams of salt on the tip of a knife?

"On the tip of a knife" - another measure that is trusted by many Housewives, cooking a particular dish. But if a recipe you need to measure exactly 5 grams of salt, it is necessary to know how many grams it contains. On the tip of a knife contains about as much volume of spices in the chip, which means a third of a teaspoon. To add to the dish 5 g of salt, the tip of the knife need to use three times.

The above methods are common ways of getting the eye to measure out 5 grams of salt.
Is the advice useful?
See also
Присоединяйтесь к нам
New advices