Where is the best place to watch fireworks in Moscow

Such holidays as the Victory Day and New year very brightly and colorfully celebrated in Moscow. It is therefore very important to find a comfortable place to enjoy plenty of fireworks. So it is better to know in advance where is the best place to watch fireworks in Moscow. 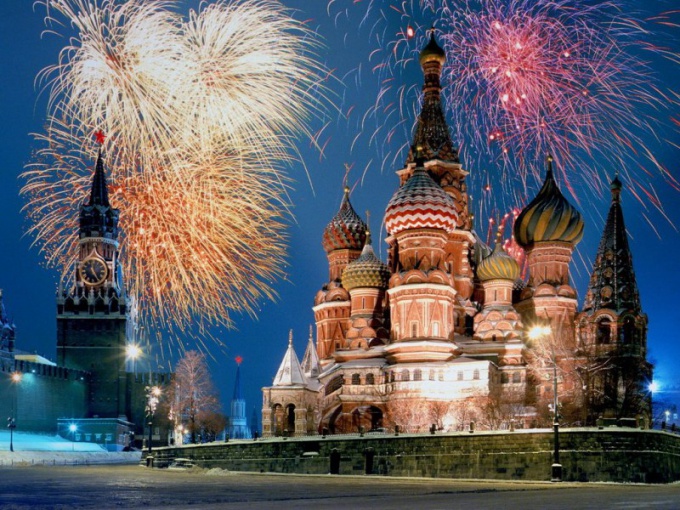 Related articles:
Where is the best place to see the fireworks on the Victory Day or the New year in Moscow? Where better to watch the fireworks during the holidays, are very popular.

It is best to watch fireworks from the Poklonnaya hill, in Krylatskoye and, of course, from the Sparrow hills, which often are the setting for launching fireworks. Its good to see the local panorama. From these places it is nice to take pictures of the Moscow festive fireworks and shoot them on video. Good open views for watching the fireworks embankments and bridges on the river in the city centre and also near the third Garden ring.

Where better to watch the fireworks on Victory Day

Traditionally a large number of firing units located on the Poklonnaya mountain. Another great place to watch the fireworks can be considered a viewing platform on the Sparrow hills. You can also admire fireworks on the St. Andrew, the Patriarch and the Crimean bridges, including from the Third to the Garden ring. But with red square to watch the fireworks is not very convenient: in most cases it is blocked.

On the best sites always a large influx of viewers, so better to come here early to take a convenient place for viewing. After the fireworks ends, most subway stations only works on output, so on returning home, it is better to think in advance.

Where to watch fireworks in Moscow for the New year

In the night from 31 December to 1 January, when they begin to chime in the capital the sky fly thousands of festive multi-colored lights of the fireworks from the embankment of the Moscow river. To admire them in all their glory, it is better to go for the Big Moscow river and Bolshoy Ustinsky bridge crossing the Moscow river. From these bridges it is best to consider new year's fireworks. A stunning display is revealed also on Raushskaya embankment and other famous places of Moscow: parks 850-anniversary of Moscow, 60-letiya Oktyabrya, in the town. Bauman, on the Sparrow hills, at the intersection of driveways Yurlovskogo and Dezhnev.

Of course, we should not forget that the closer to firing installations, the better to view the fireworks. But do not neglect the observance of rules of personal security. Saluting charges represent a few kilograms of explosives and emit deafening sounds during startup, and not to keep, is better suited to such facilities closer than 300 m.
Is the advice useful?
Подписывайтесь на наш канал