Who plays in the TV series "Women's League"

Comedy sketch show "Female League" existed on TNT 5 years. Actresses involved in the project, received the audience's recognition and popularity is largely due to this series. 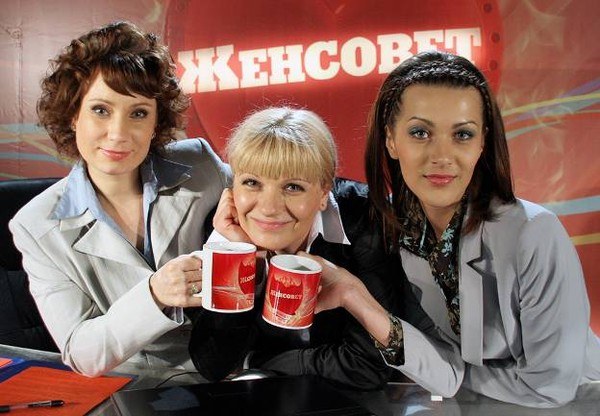 Together with Anna Antonova Tomycine starred in all 7 seasons of the show. Olga from Krasnoyarsk, arrived in Moscow to study at the Shchukin theater school. After graduating in 1995, Tomycine became an actress of the Vakhtangov theatre. In addition, it removed a lot in movies and TV series.

Personal life the actress is not as successful as her career. First husband during the long years of marriage, beat her, humiliated morally and otherwise abused. However, Tomycine was trying to be patient and even gave birth to a daughter Pauline in 1996, but the marriage still fell apart. While her ex-husband took daughter. Despite numerous lawsuits, Olga was unable to regain custody, but had the opportunity to regularly see his daughter. In 2008 the actress gave birth to a second daughter Mary, the name of the father of the child Olga decided not to disclose.

The actress came to Moscow from Surgut. Educated at the Shchukin school, after which he was invited to the Vakhtangov theatre. Anna's success came on stage in performances of "Princess Turandot", "Cyrano De Bergerac", "the Masquerade". In spite of the demand in the theater, Antonov appears frequently in movies and TV series, most famous work - "the light", "Toys" and "Maiden hunt". About my personal life the actress prefers not to apply, we only know that she is not married and has no children have.

In the sketch coma "Women's League" 7 seasons. In total, it was filmed 98 episodes, each lasting about 20 minutes.

Muscovite Anna Ardova was born in 1969. In GITIS, she was able to do only the fifth attempt, after which was enrolled in the troupe of the Mayakovsky theater. Being a famous theater actress, television Ardova came only in 2002. Now it counts more than 50 works in movies, soap operas and Comedy shows.

A native of Leningrad, graduated from the St. Petersburg Academy of theatre arts. Olga is an actress of the Youth theatre on the Fontanka. On its account more than 20 roles in the movie. Viewers love Medynich won as a comedienne. The most popular projects are: "Women's League", the parody show "Big difference" and the TV series "Traffic light".

Actress Eugene Kregzde were involved in only one season of the show. She later starred in the film "the Geographer globe propyl", which received many awards.

Olga's husband also works in the movie, he is the operator. In March 2013, their family was born son Dmitry. Surprisingly, the actress starred in "Traffic lights" on the screen, managing to hide his interesting position from my colleagues and the audience. And the fact of the child's birth, she announced six months after the event.

Galina Bob is a native of Penza, was educated at VGIK. In the theatre, played leading roles in performances "the Master and Margarita", "Three sisters," "Romeo and Juliet". Known to a wider circle of audience had after the filming of the series "Deffchonki". Galina played the role of kind and naive waitress Masha Babyccino, constantly sacrificing their interests for the sake of the man she loved. The actress admits that the image of Masha literally charged her, and she also wants to meet a man who can give all my love, tenderness and care.
Is the advice useful?
Подписывайтесь на наш канал