Many people suffer from such a sensitive condition like hemorrhoids. They say that this disease is a punishment for a sedentary lifestyle of modern man, which is most of the time he doesn't sleep, spends sitting. Interestingly, and common to this disease for animals? 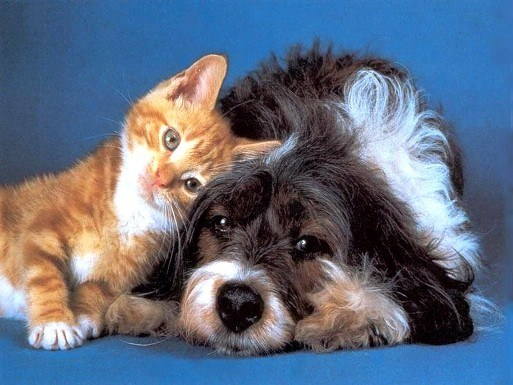 Related articles:
Sometimes pet owners suspect their Pets such a disease as hemorrhoids. Could this be at all? How to treat symptoms of hemorrhoids in animals?

Does hemorrhoids in animals

Most of all, the answer to this in General, a reasonable question is owners of cats and dogs. Occasionally some of these animals upset the digestion, causing it can develop constipation, and defecation is to receive the blood. The frightened owners taking their pet to the vet, suspecting he initial stage hemorrhoids. A number of veterinarians confirm the diagnosis and prescribe animal drugs intended to relieve acute hemorrhoids. Is this correct?

To this day there is no consensus about whether there is animal hemorrhoids. Some veterinarians strongly agree with this statement, and for the treatment of animals with this diagnosis, they propose to use the drugs from human pharmacies. Of course, you need to consider that tablets are designed for the average adult, and need to calculate the correct dosage based on how much your pet weighs.

In fact, the majority of practicing veterinarians are of the opinion that animals do not get hemorrhoids. This disease is specific to bipedal, which does not include cats and dogs. Moreover, even walking on two legs, like humans, large apes do not get hemorrhoids, because they are much more mobile than modern Homo sapiens.

That take for hemorrhoids in animals

If the diagnosis "hemorrhoids" is cats and dogs incorrectly, that from what is actually suffering these animals? In most cases, for hemorrhoids mistaken for inflammation perianalny glands. It causes pain and bleeding during bowel movement of the animal, as well as swollen tissues around the anus; symptoms, in General, the same as that of the hemorrhoids. The cause of the disease is the violation of the outflow of secretions from special glands perianalny. Also for hemorrhoids, some owners take the loss of the rectum of the animal.

In case your pet has symptoms of such disease, consult a veterinarian. Not cured in time, the inflammation might lead to an abscess and severe pain in an animal, and rectal prolapse may indicate more serious problems. In any case, diagnosis and prescription should be engaged in vet.
Is the advice useful?
Присоединяйтесь к нам
New advices