Why on the coat of arms of Samara goat

The coat of arms of Samara, as the arms of the other Russian cities, was first adopted on 8 may 1730. The Central figure of the Samara emblem was the white wild goat standing on the green field on blue sky background. What was the choice of so unusual for this purpose and the animal that symbolizes the goat on the coat of arms of Samara? 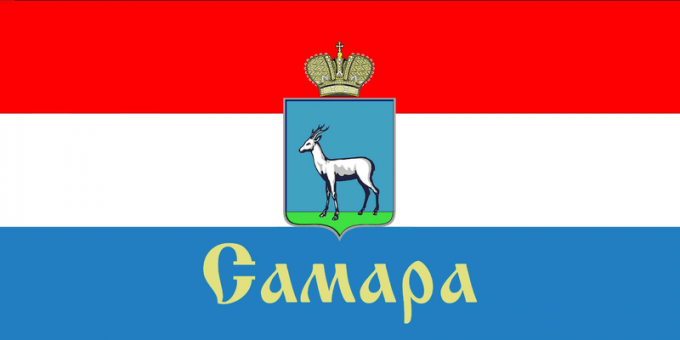 The story of Samara coat of arms

New coats of arms were established by decree of Catherine II, in the period when he established a new province and province. The author of coats of arms of Samara and cities of Siberian region, in which Samara was included as the County town, was the Herald of wolves. He was placed on the Samara emblem wild white goat, which symbolized the abundance of animals of this type in the Samara region.

The first mention of the coat of arms of the city of Samara found in the "Famous book", written in the years 1729-1730.

In those days Zavolzhsky areas were occupied by the vast pastures of the nomads. The Samarka river was the border on both sides of which were two of the great steppe of state – the Kazan khanate and the Nogai Horde. Their inhabitants were driven to pasture a huge herd of fat-tailed sheep, and other cattle, because the terrain was ideally suited to cattle by the river waters and lush grasses.

The value of the goat on the coat of arms

After the formation of the Samara province, the wild goat on its coat of arms was later replaced with silver wild goat with black hooves and blue eyes, while the provincial coat-of-arms of the city remained unchanged. Samara historians argue that the choice of this animal for heraldry was connected with the unwavering strength and leadership qualities that the ancients attributed to the goat. In addition, the goat was a symbol of spring, revival and flourishing of the earth.

The provincial coat of arms of the 19th century is the model from which was taken the design of modern Samara coat of arms.

Had its own value and the color of the coat of arms. Thus, the blue color represents the wealth, green – hope, white – purity and innocence. The shield at the Samara coat of arms was crowned with a Golden Imperial crown which showed that Samara is protected and is sacrosanct. The emblem has long hung over many state-owned buildings of Samara in particular, today it can be found on black river street, where it remained for a former Samara firehouse. The coat of arms was reinstated in the former district of the provincial Council on Frunze street, 116. In addition, it can be found on the academic drama theatre of Samara, but the restorers slightly embellished reality, depicting the emblem of a mountain goat with long twisted horns, which are on the territory of the Samara province was never found.
Is the advice useful?
See also
Присоединяйтесь к нам
New advices