Why is my hand swollen after cat bite

There are diseases, the existence of which many have never heard. This is bkts – disease of the cat scratches. In medicine, it appears as a benign granuloma or lymphoreticular Mollere. The causative agent of this acute infectious diseases the bacterium Bartonella is on the teeth, the paws, the claws of a cat. You can become infected not only when she scratched your arm or leg, but even if you just stroked. 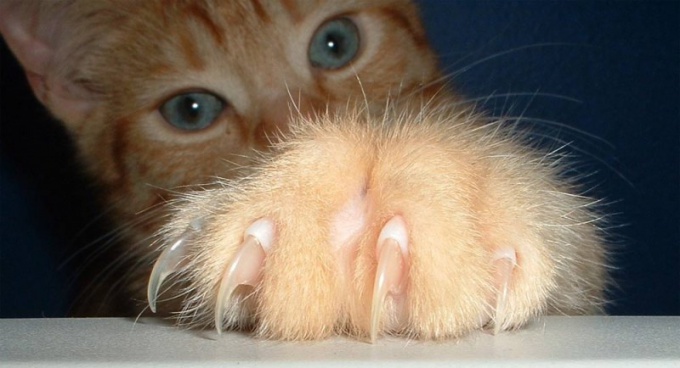 Bartonellae infected half of all cats, domestic and especially the homeless. The main carrier of these bacteria – fleas. But if your cat does not happen on the street, not to worry – she's fine.

Most cats mozillamozilla in warm, southern regions of the country. The risk of being infected with them in winter and more in kittens than in adult animals. Bkts generally the victims are children and young people up to 20 years.

First bkts were described more than half a century ago and it seems to be understood, but still full clarity with it. It is proved, for example, that bartonellosis can be and dogs. However, scientifically confirmed cases of infection from them. Clear to the end, why by the cat's Bartonella not cause any harm.

But from infected person becomes ill. Moreover, the disease can develop in different ways. One set is for sure: this is largely dependent on the immune system.

If you are strong, you are likely to get off easy malaise. Lymph nodes probably slightly increase, the temperature rises slightly, but the sores on the site of the scratch or bite will heal quickly, and the illness will pass without any treatment. But when the immune system is weakened, the disease runs hard and long.

In addition to the appearance of sores, highly inflamed and increase coming from a place of trauma lymph nodes. Often they fester and cause significant pain, especially in axillary, inguinal areas.

But the most dangerous – complications, which can result bkts. They are very diverse and unpredictable. This conjunctivitis, optic neuritis and sepsis, and skin tumors, elephantiasis of the extremities, thrombophlebitis, hepatitis.

Rarely, but it happens, patients with smite pneumonia, osteomyelitis, severe pathology of the heart, spleen. And in very critical conditions – even encephalitis, meningitis.

Cat's scratch, or the wound must be immediately disinfected. Ideally, the first hydrogen peroxide solution, and then with tincture of iodine or green paint. If the wound is deep, should go to the fracture clinic.

The complexity of the treatment bkts that the Bartonella are virtually no antibiotics. With the exception of one: "Azithromycin" (synonyms "Sumamed", "Z-factor"). And he acts not as efficient as it should be.

Festering lymph nodes it is necessary to open and remove the pus. Without such an operation can not do, because the risk of General infection of the body – sepsis. So no matter how you love cats, it is better to be careful with them!
Is the advice useful?
See also
Присоединяйтесь к нам
New advices