Many car owners are seriously thinking about the protection of your steel horse. In a constantly evolving technology, the installation of one anti-theft alarm is not always enough. Therefore, the most reliable is the comprehensive protection system — when an electronic anti-theft systems are complementary mechanical locking device. One such mechanical blockers is multilok. 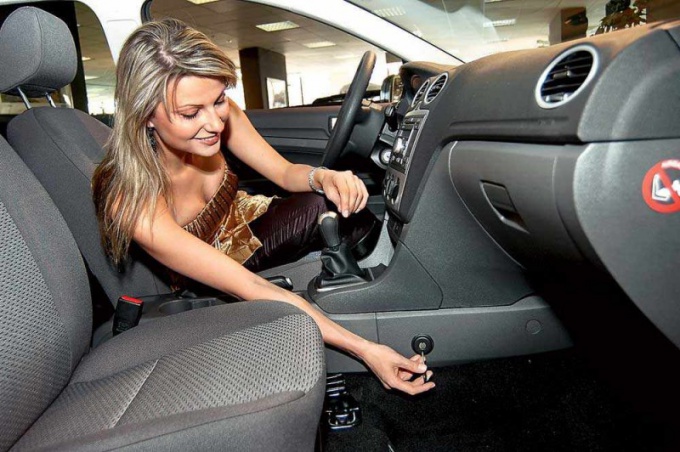 The word "multilok"comes from the name of a large Israeli company Mul-T-Lock engaged in the manufacture of high quality locks of high secrecy. Now this concept includes a number of anti-theft mechanisms produced by different companies.

The first blocking mechanisms are represented locks attached to the bracket, while the gear lever is fixed to a V-shaped bracket. Later it became a universal pin blockers.

We developed several types of multilocal mounted on gear boxes, steering columns and locks the hood. They are an effective means of protection against theft and are installed discreetly, without causing damage to the interior of the car.

Multilobe for transmission can be divided into two subgroups: male and besserabia. The multilok pin in pin locks the gearshift lever in the reverse position, the automatic transmission is in parking position. In the console, install the lock cylinder and the input hole for the pin. Locking of the blocker is done by pressing on the pin unlocking — turn the key on 55 degrees and release pin.

Device missteriosa blocker makes its use more simple and convenient. The pin in this case is mounted in a mechanism system, when you turn the key it locks the lever. These locks are developed individually for each make of car and are suitable for both manual and automatic transmissions.

The most common anti-theft tool is multilok on the wheel. It is mounted under the console of the car. Lock locks the steering shaft together with the factory anti-theft mechanism, preventing the possibility of theft. Spontaneous lock during the movement excluded.

The castle is under the hood

Installation of multilok in this case blocks the regular hood lock, thus preventing the penetration of intruders in the underhood compartment and disconnect the car alarm. Lock will lock a simple press of a button multilok when the bonnet is closed. To unlock the mechanism, it is possible only with a key, it is necessary to rotate the lock cylinder and pull it. Then the hood is opened in the usual way, using the installed in car handles.

Today, there are many anti-theft systems, but none of them gives 100% protection. Therefore, the most reliable is the simultaneous use of electronic and mechanical antitheft systems. Just in time for this mechanical protection and are multilane.

In multilock locks installed high-security, made of durable steel. To drill or open the master key this lock virtually impossible. Installing on my car multilok, you will always worry for the safety of your car.
Is the advice useful?
Присоединяйтесь к нам
New advices