How to increase chance of drop

Drop – a basic concept for most role-playing games, literally meaning "the probability of valuable things." Obviously, a character with high chance of drop will be literally swimming in good gear and items for sale that cannot be called a disadvantage. 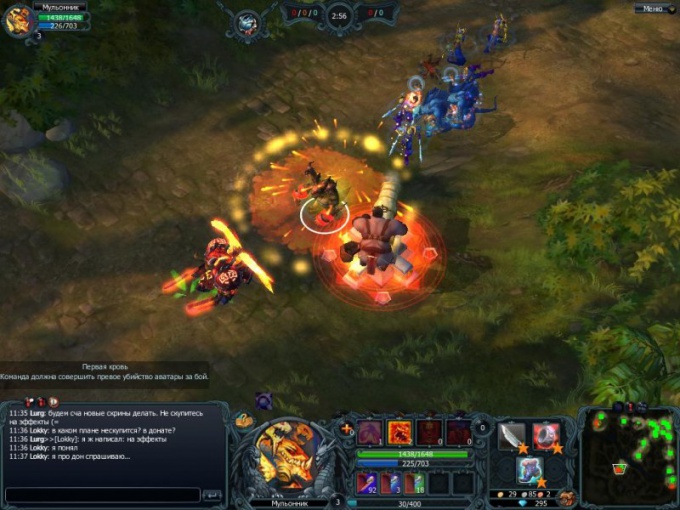 Related articles:
Instruction
1
Develop related indicators. In various role-playing systems, the drop is calculated, but there is always a chance to increase it at the expense of character development. So in Diablo you can take the skill "search the corpse" by which to test one's body can be twice. Similarly, in Fallout there is a perk "treasure hunter", which dramatically increases the chance of finding something valuable from the defeated enemy. In a more classical things (like D&D) the probability of finding the treasure depends on the parameter "luck" and the character class as a whole.
2
Use enchanted items. In Titan Quest there is a separate bonus items, referred to as "the probability of magic things." Thus, if you type set of uniforms, every object which has the specified extension, the probability of a quality drop will increase several times. Do not forget that to increase performance you can use runes and upgrades.
3
Hunt for vyisokourovnevyimi monsters. The logic is simple: the stronger the creature, the more value it will have after death. It is not so much about the normal enemies is much more important to seek out the bosses and "special things" handmade. For example, such can be found at passage of side quests or exploring hidden locations: in General, developers are always encourage meticulous players. This is especially true of MMO-projects where the most powerful bosses organized the whole raids.
4
Increase the complexity. First of all, set the game difficulty to the maximum – then you will get more powerful monsters and, as a consequence, the best things. In addition, all RPG combat built on the fact that the number of lives of mobs depends on the number of people playing. All games, starting with the already mentioned Diablo and ending of Dead Island, have encouraged passage of a collective, and playing with friends, you a priori increase the probability of obtaining good equipment. In most cases this is achieved yet due to the fact that the players from different sessions can share the good (see Borderlands).
Useful advice
Visit the forums of the game: it will help you to find a more specific methodology to each specific product.
Is the advice useful?
See also
Подписывайтесь на наш канал