What types of sculptures exist

The great Michelangelo believed sculpture the first of the arts because, in his opinion, the first sculptor was God kupivshi Adam from clay. Since ancient times people all over the world there were different forms and types of sculpture. 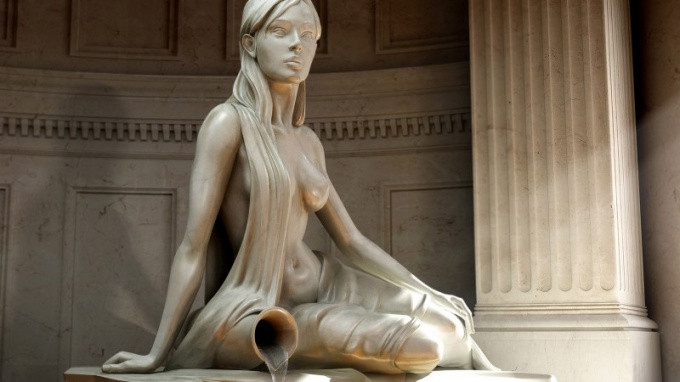 The sculpture divided into 2 main types: round and relief. Round sculpture is located freely in space, it is possible to get around and see from all sides. To works of this type include the statue, statuette, bust and statuary.

The three-dimensionality of sculpture – a very important quality. When the inspection image may be differently perceived from different points of view. For example, the famous "Maenad" when scopas to change the view as if taking another pose of frenzied Dionysiac dance.

Terrain is a three-dimensional image on a plane, which forms the background. Depending on the height and depth of the images, reliefs are divided into bas-relief and the sunk relief.

A bas-relief called low relief in which the image protrudes above the plane of the background by no more than half of its volume. The bas-reliefs were often found in the art of Ancient Egypt.

High relief – high relief in which the image protrudes above the background plane for more than half of its volume. Widely known are the high reliefs of the Parthenon, depicting the battle of gods and titans and a battle of Greeks with Amazons. The reliefs decorate one of the seven wonders of the world – the Pergamon altar.

Counter-reliefs is recessed. Most often it was used for making seals. In the technique of sunk relief is made and the monument to Anna Akhmatova, established in 2006 in Saint-Petersburg.

Classification of the sculptures on the content and functions of

In addition, the content and functions of sculpture is divided into monumental, easel sculpture and small forms.

Monumental sculpture placed in the streets and squares, urban parks and gardens. It includes monuments, memorials, and monuments.

Sculpture is designed for small rooms and close range. It includes such types of composition as head, bust, figure or group. For example, the world-famous bust of Queen Nefertiti could serve as a classic example of easel sculpture.

The sculpture to this day is one of the most popular types of fine art. Sculptures adorn squares and streets of major cities, Park and garden complexes and fountains, Museum rooms, and usual residential interiors.
Is the advice useful?
Присоединяйтесь к нам
New advices