Many people know the Comedy trilogy "Fantomas", "Fantomas has raged" and "Fantomas against Scotland Yard" of the Director andré Unable. However, the only real kinozriteley interested in fact, one of the actors behind the mask of Fantomas. 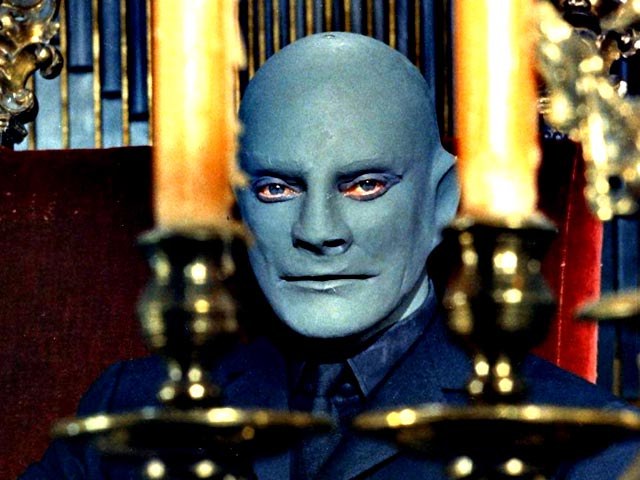 A master of disguise

Facts from the biography. Jean Marais was married to actress Mile pareli, but their marriage lasted only two years. The actor was known as a homosexual.

French actor Jean Marais, as well as a writer, Director and stuntman played in the famous trilogy the role of the genius criminal that hid his face. Cinemas in the Soviet Union, the trilogy was a great success thanks to the comedic style and the incredibly twisted plot. Action proshol in France of the sixties. The hero of Jean Marais - a master of disguise. In the movie fantômas, he starred not only in the role of Fantomas, but also a journalist, like last year, the Lord of Shelton, and even decoy of the jailer. In other parts of the trilogy, Jean Marais also played several characters. For the filming of the movie the actor constantly had to be in perfect physical shape. Because many of the stunts he performed on his own: galloping on horseback, fought with swords, leaping from bridges and Windows. Thanks to a powerful athletic physique, muscular arms and legs all the stunts managed to cheer. The film crew shot footage of the film so that you can see that the stunt actor performs alone. Though in the movie face Fantomas Jean Marais, the audience did not see, but in real life it differed strong-willed traits and noble looking.

Other talents of the actor

Needless to mention that in other adventure films Jean Mare always got the role of a brave and desperate characters. In his best roles, he represented the knights, adventurers, fighters for justice. The dream of becoming an actor was born Jean Mare at a very young age. At school he was poor performance: he was interested in just painting and film.

In 1975 he released an autobiographical book by Jean Mare "Story of my life."

However, Jean Marais had not only the acting talent. Many contemporaries noted his talent for artistic sculpture. Even Pablo Picasso wondered why Jean Marais spends his time shooting, not giving enough time to the sculptural works. In General, the actor starred in 107 films. Already in the 1950-ies Jean Marais became one of the most successful and famous actors. Eminent Directors recklessly offered him roles in his films. In addition, Jean Marais played in theatrical productions.

Interestingly, on the front of the Mare served in Panzer motto as the driver of the truck. And after the Second World War, he received the distinguishing sign for courage and bravery.
Is the advice useful?
Подписывайтесь на наш канал