How to become a mentalist

The term "mentalist" became popular after the release of the same series in which the main character solve crimes using his extraordinary abilities: observation skills, knowledge of psychology, the art of manipulation. From super heroes the mentalist distinguished by the fact that almost all of these abilities people can develop themselves. 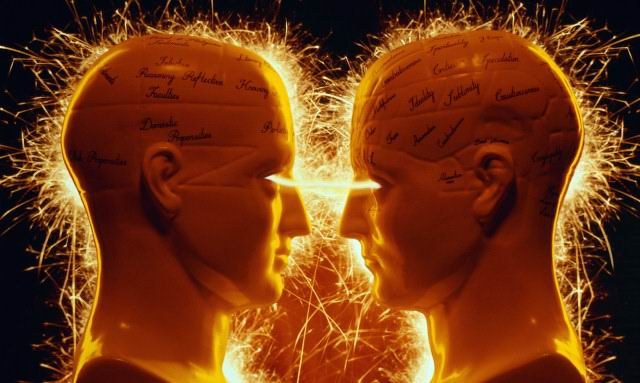 Related articles:
Instruction
1
The popular TV show "the Mentalist" once again drew attention to the hidden abilities of the human brain that allow for a different way to perceive reality, to control the behavior of other people, to understand the motives for their actions. Main character Patrick Jane is so demonstrates a non-trivial way of thinking and perception that many people think it is psychic. Meanwhile, we are not talking about some paranormal manifestations, sufficient ability to observe and draw conclusions, as well as understanding of the processes of human thinking. Naturally, in order to become a mentalist, you must learn to develop and train these abilities.
2
In principle, as a first step, it is quite suitable viewing of the TV series "the Mentalist", and the main focus should not be on the plot intricacies, but the behavior and actions of the protagonist. So you will be able to form an idea in what direction you need to develop to achieve success.
3
There are several books devoted to the analysis of the series from this point of view. They are easy to find and to buy online. However, to read those books that are associated with the series, necessarily, but in any case, you'll need to replenish their library with books on psychology, the peculiarities of human thinking and perception. It is useful also to study the literature on logic. You need to learn to truly understand other people, put yourself in their shoes, think the same associative rows.
4
Training of observation is another important step. Actually, people report much more information than you think. Posture, gestures, facial expressions, breathing rate, pupil size allows the person for more information. However, you should not try to notice everything: there are a number of signs that you need to pay attention in the first place. Review the literature on non-verbal communication to know where exactly to look.
5
Patrick Jane is not only intelligent and observant, but also able to control the actions of others. For this he uses various techniques such as hypnotic, neuro-linguistic programming, manipulative techniques. If you want to achieve a similar level of ability to control others, you will have to study the relevant literature and, perhaps, enroll in NLP. Try to find a basic course that focuses primarily on therapy and communication skills, and not, for example, to increase sales efficiency.
6
Finally, don't forget to practice using the knowledge gained in real life. Of course, after the first weeks training, you are unlikely to meet all the main character of the series, but with sufficient perseverance, you will notice how it changes your perception and understanding of others.
Is the advice useful?
Подписывайтесь на наш канал