How to keep virginity before marriage

Once the fact that the bride to marry a virgin was considered indispensable for the implementation of the marriage. In some cultures it was even taken to posting the morning after the wedding night the sheet, which was attended by traces of blood, so everyone can verify "clean" girls. In the modern world, the representatives of Western values such measures would be considered barbaric and offensive to the bride, but the question of whether to keep her virginity till wedding and how to do it, remains relevant. 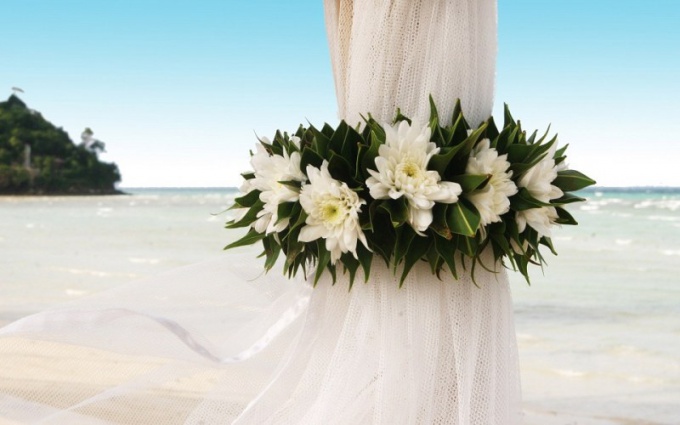 The history of the problem

What changed the tradition according to which a girl should marry a virgin? Maybe it's the increased independence of women that are now not considered by the company as "goods" for a successful marriage, and, perhaps, the whole reason for the sexual revolution and the invention of contraceptives. In any case, the fact remains that today, virgins marry a very rare girl. Love, youth and levity not contribute to the fact that the girl kept herself for marriage.

The decision on whether to keep the virginity before marriage, can only take the girl herself, since she is the mistress of your own body and nobody has the right to impose her opinions about what should be done. Of course, if a girl of age.

How to save innocence

To achieve any goal, you should understand why you do it. If you want to keep your virginity, why? Probably the most correct answer would be "to wait for his man, and not to mess with those who don't deserve it". The answer already contains everything you need to maintain virginity before marriage – are you saving yourself for your beloved.

But tempting situations and the seducers organising such a situation, there are plenty. It is good to know that it is much easier to prevent "dangerous" situation, than to try to deal with it. For this you need two things: to tell my boyfriend that I have to agree with your decision to keep virginity until the wedding, and to avoid situations in which you will be hard to cope with them and where there is a risk to go on about physical attraction.

If you are determined to retain their virginity until the wedding, make sure to understand the guy start Dating. The fact that such attitude to the issue of virginity is not widespread in the modern world. Normal, rather, it is considered the situation when sex happens in couples after a few visits, after the so-called honeymoon period.

Therefore, to avoid wasting his and others time to not support someone else's head unrealistic expectations and not feel that you deceive your young person, you should warn him about their principles. Even if you believe that your view on sex is the most correct (and you certainly think so, if you practice it), still delicately, and as early as possible tell about this guy you start Dating.

Otherwise you risk to get into a situation where you have to refuse him in a rigid form. To do it for some girls will be difficult, and consent to sex, contrary to their principles, to avoid psychological discomfort, will not be a good solution. It is better to protect yourself from such a situation as early as possible. This way you still provide a service to those young people who have not looking for a serious relationship.

The fan, who claims to be a romantic relationship and take you seriously, take your terms that no sex before marriage you have with him will not. If a young man accepts and supports your position, then you will not have any problems.

Also try not to be with her boyfriend in situations where you risk to break a promise to yourself. Even hitting the "dangerous" conditions, show a sufficient resistance not only in explanation of his views, but to stick to them.
Is the advice useful?
See also
Подписывайтесь на наш канал