How to work IKEA

The company IKEA (IKEA, but in Russian and sometimes speak and write IKEA) was established in Sweden, but later its Director undertook a reorganization to improve the company structure and model of taxation, and moved the main assets in the Netherlands. Branches of IKEA, a huge yellow-and-blue stores-hangars are available in many countries of the world, products of the company are very popular. 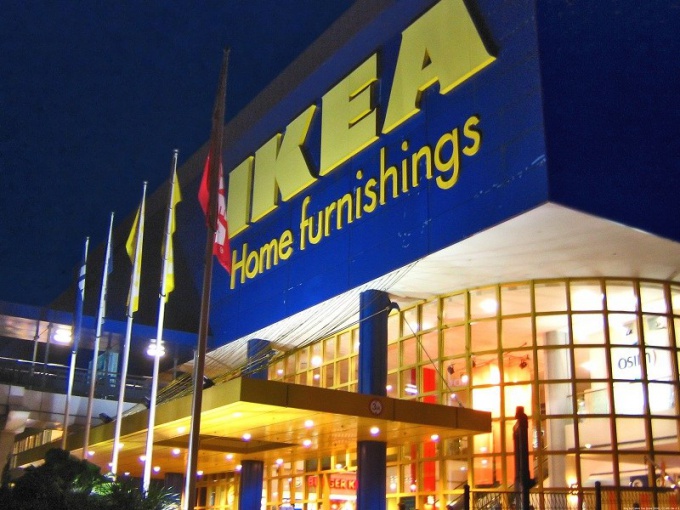 IKEA stores are available in several major Russian cities and in Moscow and St. Petersburg their number. All branded shops look almost identical is a huge shopping centres, lined with yellow and blue panels under the colors of the Swedish flag. IKEA stores always located outside the city. Each has a snack bar and dining area where you can try Swedish cuisine. The buffet includes hot dogs, donuts, tea, coffee and sparkling water.

To find out if there is a IKEA in your town, the easiest way is to go to the official website of the store and ask for this information there. The site lists all the stores in all the countries of the world. There you can also check hours of operation, which differ somewhat for different cities. Usually, IKEA opens at 10:00 am, but closes it is everywhere in different ways: from 21:00 until 02:00. This option individually for each store. Also the time may differ, depending on the day of the week.

If your town has a small store that sells IKEA products, it's not an official dealer. In Russia, a similar solution can be seen quite often.


History and activities of IKEA

At present, the headquarters of IKEA is located in the Dutch city of Delft. However, the roots of IKEA Swedish, and this is still reflected in the image and corporate style of the company. All the shops are decorated in yellow-blue colors, the products have Swedish names, and even meals in the restaurant belong to the kitchen.

The IKEA in 1943 Ingvar Kamprad founded. He was engaged in trade from an early age, buying the packaging and reselling of the box separately. Grandmother encouraged the tendency of the child to the business are also regular buyers of matches were his neighbors.

First time IKEA has delivered personally to customers, and later was sent by mail, and in 1958 opened the first store. In 1963, IKEA became an international company by opening a store in Norway.

In 2012 we restructured the business, with the result that Ingvar Kamprad has managed to reduce the amount of taxes paid by the company. Its main purpose, he called the creation of such a structure, which will help to protect IKEA from fragmentation at the possible resale of the company of his children.

Currently, IKEA produces everything for the home: furniture, tableware, textiles, various utensils, toys, and more. Design for their products, the company creates on their own. IKEA is known for its quality, simple style and low prices.
Is the advice useful?
See also
Присоединяйтесь к нам
New advices