All the ways to get to Helsinki

Trip to Finland are very popular with Russian tourists and businessmen. And get to the Finnish capital of Helsinki over the years, becoming simpler and simpler – it is available in almost all types of transport: plane, train, bus, car, ferry and even Bicycle! 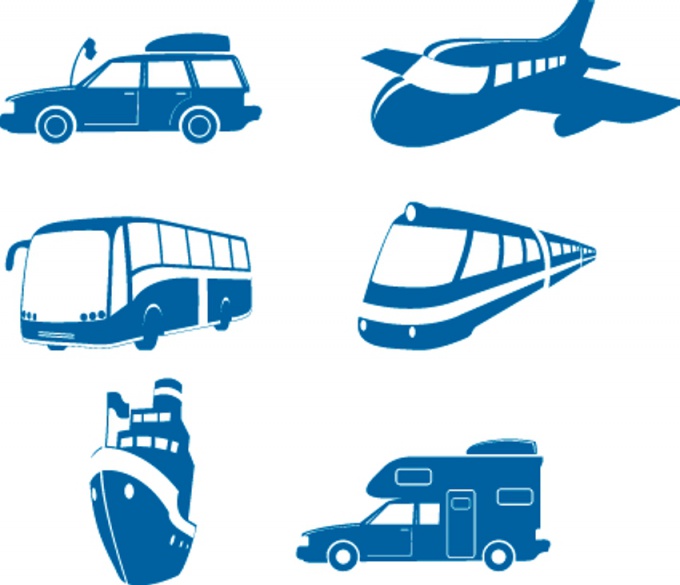 Related articles:
Instruction
1
The plane
This is the fastest but most expensive way to get to Helsinki. Daily direct non-stop flights Moscow – Helsinki are performed by the Russian airline Aeroflot and the Finnish airline Finnair, and the flight Saint Petersburg – Helsinki by the Russian airline Pulkovo airlines. The flight duration from Moscow – 1 hour 45 minutes from St. Petersburg – 1 hour 15 minutes. In addition, Finnair three times a week flights Ekaterinburg – Helsinki, travel time 3 hours 5 minutes. From other regions of Russia in the capital of Finland can be reached by plane with a connection in Moscow, St. Petersburg or Yekaterinburg. The cost of tickets in economy class from Moscow – from 9000 rubles, from St. Petersburg – from 6500 roubles from a Yekaterinburg – from 15000 rubles.
2
Train
Direct trains go to Helsinki from Moscow and St. Petersburg.
From the Moscow daily from the Leningrad station sent a special train "Leo Tolstoy" №№ 31/32, departure at 22:50, arrival in Helsinki at 12:00. Night in the road and you on the spot, very convenient! The total journey time is 16 hours, but given the long-term Parking at the border. The train has cars and luxury coupe, and a wagon to transport your own car; if you use "packages", and even book a space in advance, you can expect to save up to 50 %. Ticket price: from 6000 rubles, coupe-from 9000 rubles Suite.
Between St. Petersburg and Helsinki, the message is more intense: four times a day between the cities runs high-speed train "Allegro", to get where the Finnish capital is 3 hours 36 minutes! Trains leave daily at 6:50, 11:25, 15:25 20:25 Moscow time. The cost of the ticket depends on the date and time of departure: 2nd – from 75 to 115 euros, 1st class – 120 to 170 euros.
3
Bus
Bus service to Finland from St. Petersburg is developing very actively. And travel options.
- Buses – very convenient, as we go on schedule, and the border are out of order. In the case of on the border problems of passengers with passport or visa, the bus is waiting for them. The cost of a one-way ticket costs about 35-40 euros. Most popular flights on the route St. Petersburg- Helsinki (and back) are:
Saint Petersburg – Vyborg – Helsinki – Turku (transport company "Sovavto") Departure from St. Petersburg at 07:50 from hotel "Pulkovskaya" (Moskovskaya metro station); 08:40 from the hotel "Europe" (metro Nevsky PR.); arrive at a bus station in Helsinki at 16:00. This flight time is coordinated with the ferry Helsinki – Stockholm and Turku – Stockholm. Tickets are sold at the hotel "Pulkovskaya" phone 812-740-39-85.
Saint-Petersburg – Helsinki – St. Petersburg (Finnish transport company "Savonlinja Oy – Finnord"). The buses depart twice a day at 15.00 and 22.35 from the hotel "Moscow" (metro station Ploshchad Alexandra Nevskogo), arrive in Helsinki at 22.00 and 6.00 to the bus station Kamppi. Tickets are sold at ticket offices of the bus station in St. Petersburg. Telephone the transport company 812-314-89-51.
- Tourist buses that make the shop tours. Departure from the hotel "Oktyabrskaya" (Ligovsky prospect, 10) from 20 to 22 hours. The fare there and back –25-35 euros. Back these buses back in the evening for the next day. In weekends and holidays there are no flights because the stores in Finland are not working.
- Can be ordered in one of the transport companies, private transfer by minibus – it's convenient, if you're a small company;
4
Ferry
A very pleasant trip from Russia to Finland is possible only from the Northern capital. The shipping company St. Peter Line offers the carriage by ferry Princess Maria, who goes through the day at 19:00 from St. Petersburg Sea terminal (Vasilievsky island, the Area of Sea Glory, 1), and the next day at 8:00 arriving in Helsinki South port (Olimpiaranta, 1). The fare depends on the time of year and varies from 60 to 100 euros per person. Another ferry of the same company Princess Anastasia is sent to Stockholm with stops in Helsinki. All ferries have restaurants and shops, entertainment centers, saunas. Ferries are ideal for those travelling by car, it is very profitable to order packages for the passage of a few people and baggage car.
5
Car
This is the most economical way to travel to Finland, provided that the car rides a few people. And, again, you first need to get to St. Petersburg from Moscow on the highway M10, about 700 km Further on the highway "Scandinavia" E18, approximately 400 km from the Border to pass through checkpoints Torfyanovka – Vaalimaa (Vaalimaa) and cranberry – Nuijamaa (Nuijamaa). The machine must be issued an international insurance Green card.
6
Bike
Since 2005 allowed to cross the border with Finland on the bike, which is very attractive to tourists from the Russian border cities. The only thing, in what way is impossible to get to Finland is by foot. Nice trip!
Is the advice useful?
See also
Подписывайтесь на наш канал