What is the opposition

Policy and individual decisions of the country's leadership do not always find support in the community. In any country there are explicit or hidden elements that are opposed to official power and will use any means to strengthen its influence in the state. Such social forces as a political opposition. 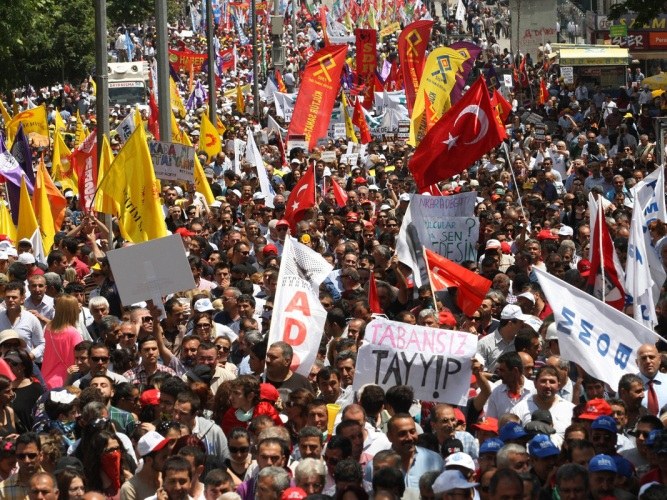 Whether in society, the political opposition

In modern political life, the identification of the causes of the political opposition and the study of the forms of its activity are of great practical importance. This involved not only the state structures, vigilantly watching for any change in the balance of power in the political arena, but also political scientists.

Any society based on democracy and have more or less developed tradition in domestic politics, considering the presence of the opposition as a completely natural phenomenon, naturally arising and developing. The existence of the forces opposing the authorities, ensures that the society is free from unanimity, which often becomes the reason for the establishment of the dictatorship of individuals or groups.

Political opposition helps to establish a feedback between the social movements, individual citizens and the current government. If the laws of the country guarantee citizens the freedom to Express their views, no one has the right to ban those who disagree with the official policy of the state to Express their opinions and defend their own stance, demanding changes in policy.

As one of the causes of the opposition, political analysts describe the inherent limitations of the society contradiction. Social structure is far from homogeneous. It includes a variety of layers and groups that have their own mutually exclusive interests. The growth of opposition sentiment is celebrated, when the society increases social stratification, the deteriorating economic situation of the masses. In the end there is a protest movement, the slogan of which is the restoration of social justice.

The opposition can be quite moderate, radical or irreconcilable at all. This division implies a different degree of loyalty of the representatives of the protest movement to the current government. Some opposition parties to peacefully and successfully coexist with its opponents within the legislature, taking part in drafting the laws. Extreme in their views of the current use when defending their views in the meetings, marches and other actions, always holding power in tension.

The opposition movement opposing the authorities, play the role of a counterweight, through which achieved the required balance in the society. This, undoubtedly, promotes the free development of all social and political institutions. With the exception of extreme opposition manifestations, endangering public safety, life and health of citizens.
Is the advice useful?
Присоединяйтесь к нам
New advices