The most famous violinists

They say to become a good violinist, you need to devote about one hundred thousand hours. Perhaps it is, but many practicing in this complex craft throughout life. 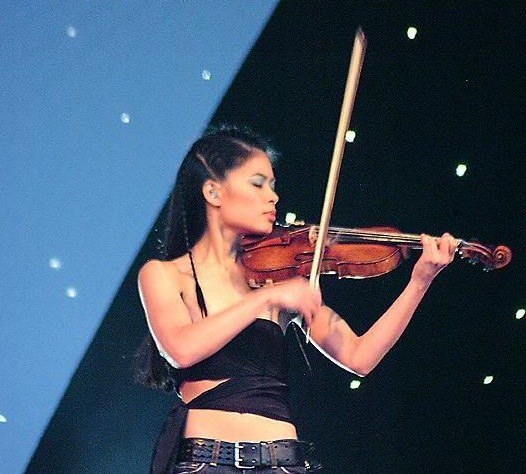 Related articles:
At the time, the violin was called not only as "Queen of the orchestra". Despite the apparent fragility and elegance of shape, it hides a huge opportunity. Perhaps that is why the great violinists, is constantly improving in her game.

The ancestors of the violin skill

Famous violinist Niccolo Paganini during the life of a musical genius of the violin art. Father forced him to play the instrument literally to exhaustion. The glory of the virtuoso had spread not only throughout Italy but also in Europe. By the way, Paganini possessed a precious collection of violins of Stradivarius and Guarneri. Also he had a violin Amati families, the masters of the oldest stringed instruments.

Another great Maestro Antonio Vivaldi. He was not just a great composer, but also he was an outstanding violinist. He was born in Venice. His first teacher in violin was the father. Already a well-known composer, conductor, violinist and, in the end, a virtuoso, he was able to create a completely new musical form. Are you referring to the violin Concerto. And his famous work for violin and orchestra called "the seasons" literally gained incredible popularity.

Vivaldi was a priest and occasionally, in moments of inspiration, could interrupt the mass to capture on paper a new masterpiece. Ended such service Maestro defrocked.

Well-known Russian musician David Oistrakh was only three and a half years when his father brought home a toy violin. Young David fancied himself as a street musician. Actually it is a dream come true pretty quickly. Tour Oistrakh as soloist started when he was only sixteen. And in 1937 began and international fame. It was then across the planet spread the fame of a certain violinist on a global scale. The most eminent of his colleagues gave him the palm.

The Princess of pop violin

Now the pop Princess of violin Vanessa Mae is considered. It is this fragile girl could teach a generation of the 90s to love classical music. Vanessa was born the same day as Paganini, and the first time she appeared on stage when she was nine. In 1991 she was able to record his debut album. At that time she was only eleven years old.

Vanessa-Mae Vanakorn Nicholson (such is its full name) is one of the most beautiful women in the world.

This amazing stringed instrument – violin – still marching majestically across the planet. In Russia and in the West every year there are several new contests, and to the delight of all new, young stars of violin craftsmanship.
Is the advice useful?
See also
Подписывайтесь на наш канал