What is the ozone hole

The ozone hole is a region in the ozone layer of the Earth where the gas content of ozone that protects the planet from radiation, very little. Usually the process of their formation associated with human activities, but it is believed that the origin of the ozone holes completely natural. 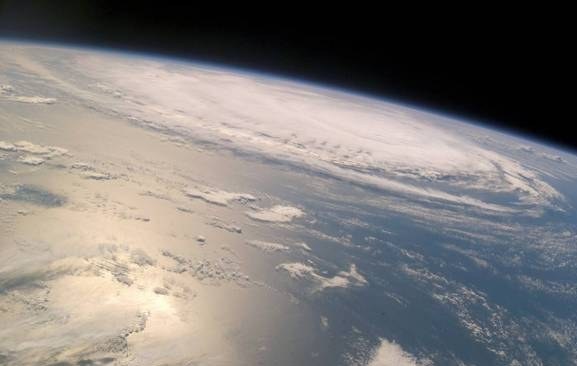 An ozone gas generated from oxygen under the action of ultraviolet rays. The Earth's atmosphere has the ozone layer at an altitude of about 25 miles: gas tight layer that surrounds our planet, protecting it against high concentrations of UV light. If not for this gas, intense radiation could kill all life on Earth.

The ozone layer is relatively thin, it can not fully protect the planet from penetrating radiation, which is detrimental effect on the health of ecosystems and causes disease in humans. But for a long time it was enough to protect the Earth from danger.

In the 80-ies of XX century, it was discovered that the ozone layer has areas, where the content of this gas is greatly reduced – the so-called ozone hole. The first hole was discovered over Antarctica by British scientists, they were amazed by the scale of the phenomenon – section with a diameter of more than a thousand kilometers had almost no protective layer and was subjected to more intense UV radiation.

Later were found and other ozone hole smaller, but no less dangerous.

The mechanism of formation of the ozone layer in the Earth's atmosphere is quite complex, and its violation can lead to various reasons. The first time, scientists have offered many versions, and the impact of particles produced during atomic explosions, and the impact of the eruption of El Chacon, expressed even an opinion on the activities of aliens.

The reasons for the depletion of the ozone layer may be the absence of solar radiation, the formation of stratospheric clouds, polar vortexes, but most often the concentration of this gas decreases due to its reactions with different substances, which can have both natural and anthropogenic. Ozone molecules are destroyed by exposure to hydrogen, oxygen, bromine, chlorine, hydrogen chloride, organic compounds. While scientists can not definitely say whether the formation of ozone holes for the most part, human activity, or it is of natural origin.

It has been proven that CFCs released many devices that cause ozone loss at mid and high latitudes, but on the formation of polar ozone holes, they have no effect.

It is likely that a combination of many, both human and natural factors, led to the formation of ozone holes. On the one hand, increased volcanic activity, on the other, people have become too serious to affect the nature of the ozone layer may suffer not only from the allocation of freon, but also from collision with the failed satellites. By reducing the number of erupting volcanoes at the end of XX century and limit the use of CFCs, the situation began to improve a little bit: recently, scientists reported a small recovery hole over Antarctica. A more detailed study of ozone depletion would prevent the appearance of these areas.
Is the advice useful?
Подписывайтесь на наш канал