How to distinguish freshwater pearls

Pearls, extracted from the shells of certain mollusks, divided by the place of its discovery on sea and river. The latter was formerly known as the bead (from the Arabic - fake pearls). Freshwater pearls were historically mined in the rivers of the Northern rivers in many countries of Europe and Russia, and North America. Now the cultivation of freshwater pearls is conducted primarily in the lakes of Japan, China. 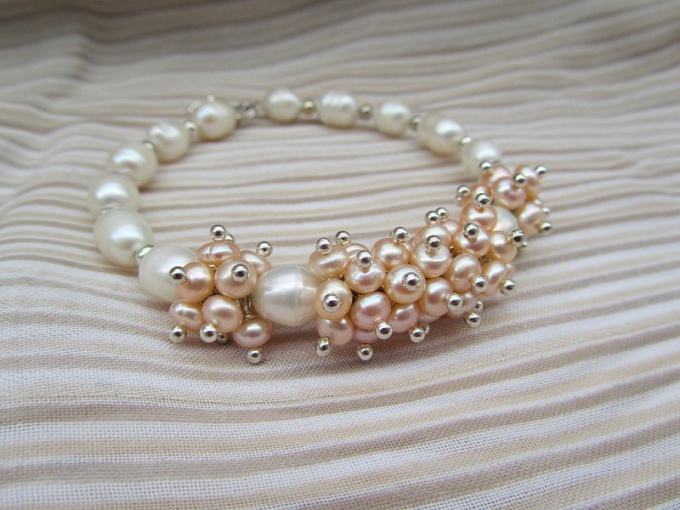 Related articles:
Instruction
1
When buying pearls, ask the seller the documents. If the country of manufacture is China or Japan, but the pearls are small, it is likely that river product.
2
Take pearls in the hands. It is shallow and similar to oval shrunken grain, resulting in rarely produced industrially, because of the resulting pearls are relatively inexpensive.
3
Bring the pearl to the light source. A freshwater pearl glistens softly, its natural Shine is muted, and the color palette is limited compared to the variety of shades and colors of pearls of the sea. Its surface is uneven that is due to the exposure during the growth of the pearls flow in rivers.
4
Pay attention to the price. Products of freshwater pearls are much cheaper than sea pearls, even cultured. The cost of freshwater pearls is influenced by the fact that freshwater mussels are much larger than the sea relatives and is able to grow in its shell as many as 20 to 30 pearls in industrial-scale cultivation, unlike the sea, which can simultaneously grow only 1.
5
Freshwater pearls are much more durable than the marine due to the large layer of nacre on the surface and high in comparison with the sea, the content of substances of congolite that prevents destruction of its structure.
6
To distinguish natural pearls from cheap imitations and certainly without the use of chemicals is possible only in case if it is compiled on a thread. Remove a couple of pearls or stretch the thread so that you can see the holes in them. Look at the location of the drill if the hole diameter is wider outside than inside, before you bead.
7
RUB the pearls. The fakes quickly flies off the top layer of nacre, exposing the alloy.
8
Contact gemmology, the specialist will enlighten gem under the question and give a conclusion about its natural or synthetic origin.
Note
Currently seeking freshwater pearls in several European countries prohibited due to a significant reduction in shellfish populations due to the pollution of the major habitats of the Northern rivers with chemicals. Particularly sensitive river clams produce pearls, to the effects of nitrates from industrial and household waste.
Is the advice useful?
See also
Подписывайтесь на наш канал