Which stone is more expensive than diamond

The most expensive of precious stones is diamond cut in a special way the natural diamond. However, there are rare stones that are the same weight and quality characteristics have a much greater value. 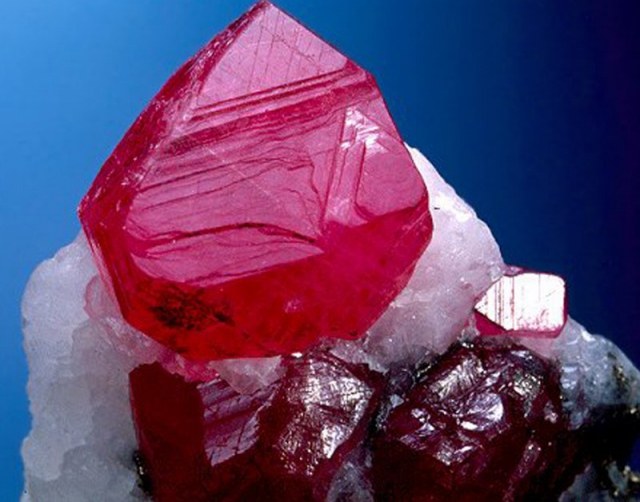 In fact, the value of a diamond is a bit exaggerated, since diamonds are the most common in the bowels of the earth precious stones. At one time the company De Beers have a monopoly on the mining, cutting and trading diamonds. Then I created the fashion for diamonds as an indispensable attribute of luxury rich life.

The stones De Beers to sell only to their sightholders – companies within a narrow circle of partners. Diamonds given to sightholders in limited quantities, which supports the demand for them. Russian site holder of the company is Smolensk plant "Crystal".

Diamond is also the most simple in structure of the gem consists of only one chemical element, based on atoms of carbon.

Has a dozen precious stones, whose existence in nature is so rare that hundreds or even units. First, it is panic, which is listed in the Guinness Book of records as the most rare in the world precious stone. Then there are poudrette, grandidierite, serendibite, becomes a small stone, weighing 4.6 carats was recently sold for nearly seven million dollars; Eremeeva, taaffeite, musgravite, benitoite and finally, the famous red diamond weighing more than five carats and these stones are found in the history of mankind only a few pieces.

There is one small mine in Australia, where the industry produces a handful of these gems per year. They cost hundreds of thousands of dollars per carat. The names of all these gems knows not every jeweler.

To be precise diamond can be called a faceted diamond weighing over one carat. There are a large number of conditions, which determine the price of the stone. This country, where it was found, its purity, color, initial weight and cut.

The price is very large stones also depends on whether the presence of the stone in the story. The history of some of the stones are very distinctive. For example, the "Devonshire emerald," sapphire "God dragon" or "midnight star" with Sri Lanka.

The difference in price between the two diamonds can be significant. The same applies to the second occurrence, hardness and price after diamond, corundum. Corundum is a rare color, which price significantly above the price of diamonds higher grade. Very much appreciated red Burmese ruby of pigeon blood color, sectility Burmese sapphire in which the light is refracted in six beams and emeralds (beryls) thick tone - weighing five carats, they are all valued much more expensive diamonds.
Is the advice useful?
See also
Присоединяйтесь к нам
New advices