How to use St. John's wort for depression

Medical studies have proven that St. John's wort and preparations on its basis are effective in the treatment of depression of mild and severity, especially in cases where contraindicated synthetic antidepressants. 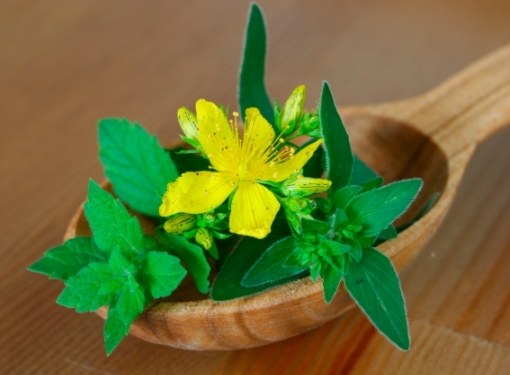 For the first time for the treatment of melancholy, St. John's wort was used by Nichols Culpeper in 1652. Most researchers believe that the mechanism of action of St. John's wort and preparations similar to synthetic antidepressants, that is, they influence metabolism, maintain normal level of mood (norepinephrine, serotonin and dopamine).

Unlike synthetic drugs, St. John's wort does not affect the rate of reaction, concentration and coordination.

Herbal antidepressant based on St. John's wort have a unique combination of efficiency and security. These drugs do not have such a number of contraindications and side effects like synthetic medications. Therefore they can be used for the treatment of depression in frail and elderly patients, and in patients whose work is connected with driving or dangerous machinery.

How to apply St. John's wort for depression

For the treatment of depression use the leaves and flowers of St. John's wort, they are collected and dried to prepare infusions or decoctions. For the broth, you need to pour 1-2 teaspoons of the flowers and grass St. John's wort 200 ml of boiling water, cover and leave for 10 minutes. Freshly brewed tea should be drunk morning and evening for 2-3 months. Antidepressant effect can occur no earlier than 3-4 weeks.

In powder St. John's wort is taken in a quantity of 2-4 grams three times a day for several weeks. In milder depressions can also make the products based on St. John's wort, for example, "Hilarium", "Negrustin". They improve mood, relieve anxiety, promote normalization of sleep.

It is not recommended to use the herb St. John's wort for pregnant women and children, people with immune system disorders.

When taking St. John's wort and drugs from him during the depression necessary to monitor the condition. For reviews in some cases, can occur following side effects: high blood pressure, allergic reactions on the skin (rash, itching, redness), tiredness or irritability (especially with prolonged use), nausea, vomiting, upset stomach, increased sensitivity to sunlight. Studies have shown that this herb may reduce the effectiveness of some synthetic drugs: contraceptives and medicines prescribed for heart disease.
Is the advice useful?
See also
Присоединяйтесь к нам
New advices