All about the TV series "Capercaillie"

The series "Capercaillie" tells about the difficult everyday work of the two law enforcement officers – Sergey Glukharev and Denis Antoshin. Friends together to investigate a variety of criminal cases and trying to cope with life circumstances in the form of family problems, dangerous work and low wages. 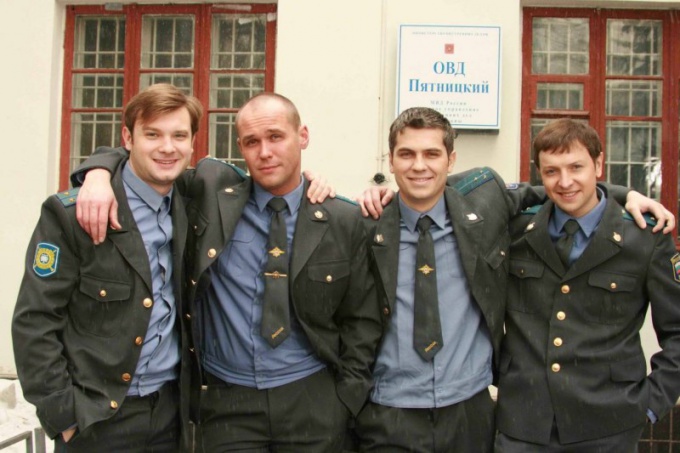 The main message of the series

The slogan of the series "Capercaillie" the creators chose the words "To enforce the law the main thing - to stay human!". This motto and try to follow the main characters who are optimistic even in difficult conditions. Despite the opportunities that reveals to them their work, Glukharev and Antoshin are not looking for profit, but are trying in every way to help people to understand past tragedies. The rascals, they are punished according to the rules of law, and confused the citizens give a second chance to start life with a clean slate.

In the show a lot of humor, which is sometimes bitter and skeptical, but always carries positive thoughts and share fun.

"Cold case" shows viewers a large number of incredible situations in life, love, friendship, justice, and ordinary people who are not superheroes, but ordinary honest investigators. The series was completed at the request of the actor who performed the main role Maxim Averin who has exhausted himself in the role of a policeman and decided to move on, taking part in new theatrical performances.

The plot of the movie series "Capercaillie"

The main character is an experienced investigator of the police "Pyatnitsky" Sergei Glukharev, who is childhood friends with Dennis by Antolini, an employee of the district road patrol service. Friends working in the modern metropolis, Sergey loves his boss Irina Zimin, but in no hurry to marry her, because in this case one of them will have to resign from the authorities.

The situation in the relations of the Grouse and Irina remains unchanged for all three seasons of the series.

Once the internship comes to Sergei, a young law student Nicholas, who from a naive idealist is gradually turning into a realist. Glukharev teaches him the skill of the investigator and after some time they become friends. Irina arranges Nicholas investigator in the police Department, where the Grouse and Dennis, and Chris introduces his ward to his sister, in which Nicholas falls in love immediately.

The bulk of the episodes of the series "Capercaillie" describes the individual events in the life of the main characters, each of which is a complete story. However, there is a "Grouse" and a storyline which continues for several episodes and significantly affects the fate of the main figures of this popular Russian TV series.
Is the advice useful?
Подписывайтесь на наш канал