How to stop being afraid of snakes

Ophidiophobia, i.e. fear of snakes, much more unpleasant than it might seem at first glance. Suffering people often do not dare to go to pet stores and zoos, fearing to see there are these creatures and are unable to visit the countries where these animals are often found. 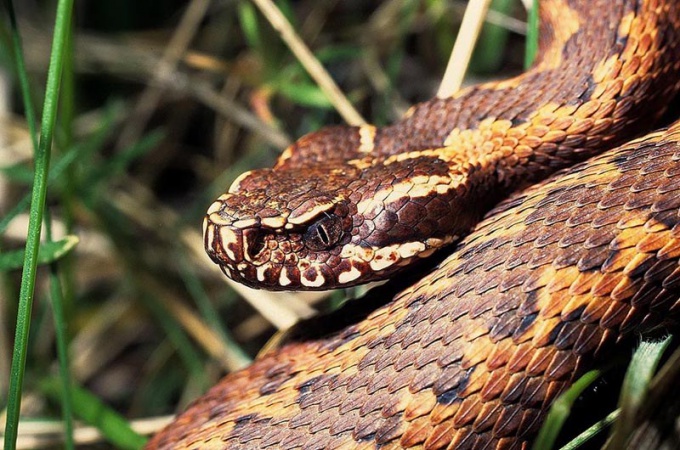 Ophidiophobia: in search of root causes

It is important to understand that people who are afraid of snakes, not always actually suffer from a phobia. Fear of these creatures is quite natural, because it is a matter of survival. Normally, if a person is afraid of the particular snake, which really could attack. But if his shudder at the mere mention of these creatures, and viewing them devoted to gear frightens, we are talking about phobias.

Fear of snakes is not only useful from the point of view of evolution, but also harmful. It is known that the dread of tigers, lions and other dangerous predators is much rarer, and it allows the person to coexist peacefully with animals.

Try to remember when you started to be afraid of snakes. Very often, the phobia is the result of someone's silly joke: person a ride in your clothes or bag with a toy snake, very similar to the real, surprise he gets scared and negative reactions immediately associated with the object of fear. If you encounter such an unpleasant situation, think about the fact that such jokes are often stupid and disgusting, but they are likely to you will never happen again. In addition, they talked about artificial snake and be afraid of it, of course, not worth it.

In order not to aggravate the situation, do not watch horror films with the participation of the object of your fear, and do not read books and comic books, which tell about snakes causing harm to humans.

If fear arose from the fact that your first meeting with the snake was very unsuccessful, try to replace this experience to others. Find a good shop selling exotic animals, and try to communicate with the snake. For the first time, it will be enough just to look at it, repeating to myself the appropriate affirmations. Think about what you are in danger, try to focus on the beautiful skin of a snake, its smooth, graceful movements. Let this meeting will replace for you first is much more unpleasant.

If to cope with the problem that you can't, contact a specialist - psychologist or psychotherapist. No need to drag it: the sooner started, the easier it will be to solve them. A good option may be the use of hypnosis. Usually a short course is enough to solve the problem.

In some cases, professionals use NLP. We are talking about situations where the need to rewrite misinterpreted the situation or behavior, but people can't do it yourself.
Is the advice useful?
See also
Подписывайтесь на наш канал