What the horror movie "Mama"

In 2013, rolling out dramatic horror film Andres, Moschetti – "Mother". A new Thriller, telling about a really terrible power of maternal love, brought together a large number of positive reviews from horror fans. Not the last role in it played a part in his shooting of the famous Mexican Director Guillermo del Toro. 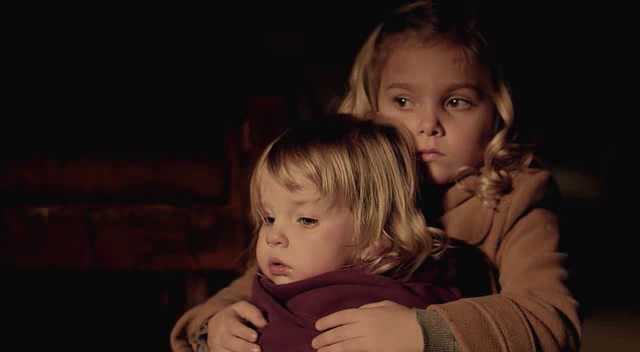 The history of "Mom"

The basis for the creation of the film "Mother" was the same short film, the duration of which is three minutes. Andres, Moschetti took it in 2008, after shooting 40 thousand euros and employing a short film of Actresses like Irma, Monroig, Victoria Harris and Berta ROS. In 2013, based on its three-minute film, Moschetti made a full length version, which was filmed quite popular today actors.

In the filming process of the film was attended by Spanish and canadian filmmakers that provided the film high quality the plot.

On starring in "Mame", Moscetti invited the handsome Dane Nicholas Koster-Waldau, who played Jaime Lannister in the popular TV series "Game of Thrones", and the American actress Jessica Chastain, known to a wide audience on the film "the Most drunk district in the world." Orphaned girls in the film played by Isabel Nelisse and Megan Charpentier, young aspiring actress who has already managed to perform a striking role in episodes of famous TV shows.

The plot in an abandoned cabin the police found two feral girls who were there under mysterious circumstances. Babies takes to himself their only relative, who with his informal girl tries to give the girls the maximum amount of love and care. Over time, however, the orphans begin to behave strangely, claiming that it comes to a kind of "mother", which plays with them and protects from the outside world.

Director until the end of the film shows a mother figure, showing her the face of the younger girl who sees the bad and takes off his glasses, not to see the frightening face of the creature.

Uncle buds trying to find them at least some contact, but the girls stubbornly don't trust anyone except the mysterious mother, which, it seems, angered the attempts of men to bond with sisters. The Ghost starts to manifest itself, scaring his girlfriend. In the end, she did not withstand the psychological stress and begins to search for the cause of the mother, gradually unraveling the tangle of scary stories about a crazy woman that killed herself and her child. But what mom wants from the two orphaned children that are not hers? The answer to this question can be obtained only after watching the movie "Mama" terrifying, its history and tragic ending.
Is the advice useful?
Присоединяйтесь к нам
New advices