How to write a man out of the apartment in Ukraine

To write a man of privatized apartments in Ukraine on the basis of the end of the lease or tenancy or breach of its terms. Typically, the de-registration takes place voluntarily or by court order. However, in a situation of eviction from privatized apartments the court is powerless even if the person was registered in it at the time of its transfer to the property. 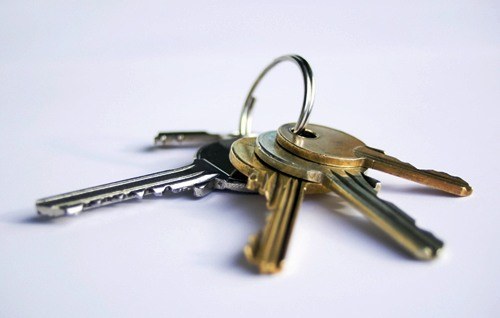 Related articles:
Instruction
1
If your apartment is not privatized and you have entered into with the person you intend to write, a lease or tenancy, a copy must be retained by you and the other At the housing office. To terminate this agreement prior to the expiration of his term, you unilaterally.
2
Contact the housing office with his copy of the contract and demand on the basis of a breach to cancel the registration. If you are denied your claim in writing, please contact the court with a similar statement.
3
To that end, the court decided in your favor, you must provide proof that the person is not entitled to registration on your living space. In addition to the contract rental you will need:

- the act, compiled by workers of the housing Department, signed by two witnesses that this man is not living in the apartment for more than 6 months;
- outstanding bills for utilities;
- evidence that this person has the opportunity to stay in other housing.
4
If the person resides at the place of residence and pays the bills, but systematically violates the rules of living together and leads an antisocial way of life, the chance to evict him through the courts too. For this you need to contact the police and make an application on attraction it to administrative responsibility, citing convincing reason. The police should look into the matter, after hearing the other side and after reviewing the testimony of witnesses, documents confirming the damage to your property photos and videos (in the case of threats), etc. a certificate from the police about the poor behavior of this man and all other documentation in your favor will be helpful to you in court.
5
Thus, you can write any relative or former relative (husband, wife) of privatized apartments. However, in the case of minor children the law is more severe. According to the "Law on the fight against homelessness", you have no right to prescribe to children without the consent of both parents (if children from 14 to 18 years of age only with their consent) or without provision for equivalent housing.
6
If you are an apartment owner, then write to another person by decision of a court, presenting the same documents, you will be able only on the following conditions:

his voluntary consent;
- the lack of shares in the possession of the apartment;
- the lack of registration for this housing at the time of its privatization.
Is the advice useful?
See also
Присоединяйтесь к нам
New advices